In its yesterday dispatches on coping the typhoon , torrential rain, flash flood and rain-triggered landslide hazards,

Weathering forecasting agencies predicted that Storm Vamco would make landfall over Central Vietnam on November 14 triggering strong winds, rainfall, rise in seawater level and associated disruptions to business, utilities, and transport.
The ban is among the measures to respond to the typhoon as per a direction recently issued by municipal chairman.
Moreover, to cope with the natural disaster, the chairman of Da Nang People’s Committee asked people’s committees in district to adopt measures to evacuate people who are living in dilapidated houses, in landslide-prone areas, in coastal areas, in flash flood-prone regions to safer shelters.
The Department of Education and Training in Da Nang announced preschoolers, high schoolers and university students were exempted from schools in November 14.
Related agencies were asked to keep track on the natural disaster’s development to let children stay at home. Competent agencies are held accountable for its report of weather.
All officials, civil servants, public employees, and factory workers in Da Nang are also exempted from work from November 14, except for functional forces on duty and special cases. 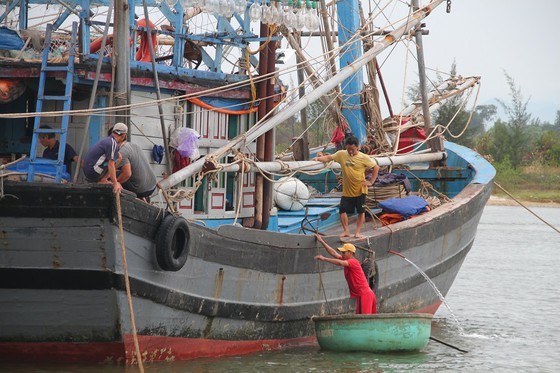 Functional workforces were assigned to prevent people travelling to dangerous places including submerged roads and bridges starting from November 14. Fishing boats were docked in Han River’s bay
The Central Thua Thien-Hue Province’s Chairman requested local administrations to ban people not to go outside from 6 pm on Sunday until there is new announcement.
Alongside, localities in Thua Thien - Hue planned to evacuate 65,890 residents of 19,671 households to safe places before 10Am on November 14 to cope with typhoon Vamco, the third storm in November and 13th to hit Vietnam this year.
Quang Tri authorities followed suit. The provincial Steering Committee for Natural Disaster Prevention and Control had evacuated people especially those in districts Huong Hoa and Dakrong to safe places. 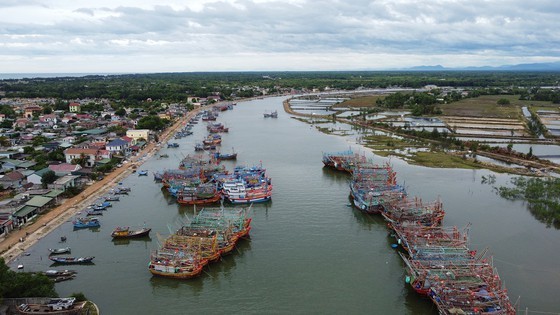