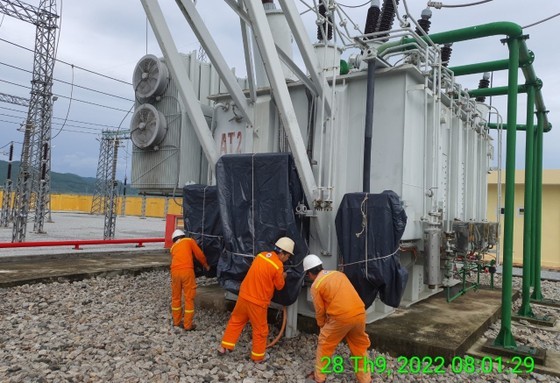 EVNCPC is handling electricity-related incidents at transformer station No.4 after the typhoon. (Photo: EVN)

In the morning of September 28, Noru made a landfall in the area from Thua Thien – Hue Province to Quang Ngai Province with the wind level of 14, severely destroying several electrical lines. More than 10,500 transformer stations could not operate.

The total capacity of power supply interruption was 673MW, accounting for nearly 23 percent of the total electricity consumption capacity of the Central Power Corporation (EVNCPC), affecting about 1.5 million users. 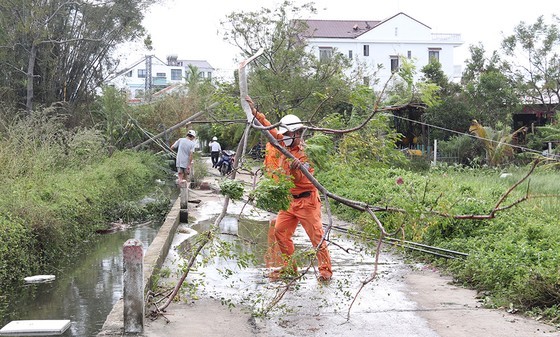 “During the typhoon’s landfall, heavy rain and strong wind happened, but the 500kV electricity grid was still working thanks to its circuit line No.3”, said EVN.

ENVCPC is still trying to address all electricity-related incidents caused by Noru so that the power supply can resume as soon as possible. 90 percent of people with power cut had access to electricity again yesterday. However, those living in flooded areas still have to actively turn off the power line temporarily for safety reasons.