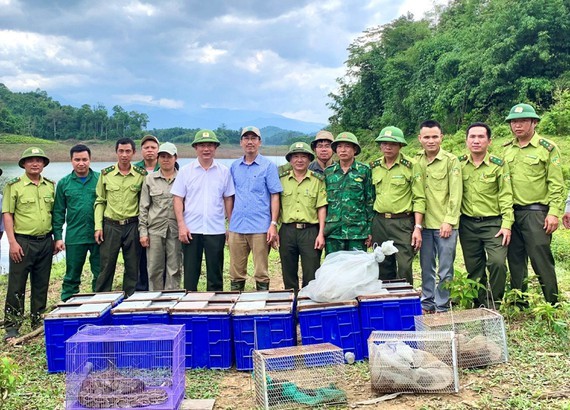 The authorities witness 56 rare wild animals released back to the forest.
The rare animals including 11 pig-tailed macaques, 40 big-headed turtles and four-eyed turtles, two Python molurus, two king cobras and one single-eyed cobra are on the list of endangered, precious and rare species of the wild animals under the group IB, IIB prioritized protection and conservation, received from local authorities and voluntarily handed over by the people.