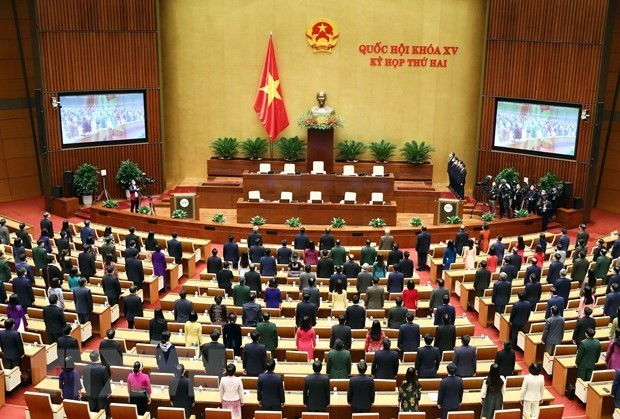 Lawmakers salute the flag at the opening of the 15th NA's second session on October 20, 2021. (Photo: VNA)
Prior to the opening, Party, State, and Vietnam Fatherland Front leaders, along with NA deputies, will pay tribute to late President Ho Chi Minh at his mausoleum.
Later, the parliament will hold a preparatory meeting during which lawmakers will consider and vote on the third session’s agenda.
The session will officially kick off right after that, and this opening sitting will be broadcast live on Radio the Voice of Vietnam, Vietnam Television, and the NA Television channels.