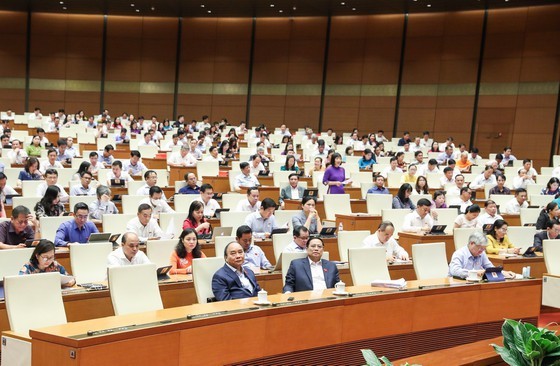 At the National Assembly session

Today, the National Assembly continued to discuss in the hall on socio-economic and budgetary issues; summarize the implementation and extend the application deadline of Resolution No. 42/2017/QH14 on piloting bad debt settlement of credit institutions.

Deputy Nguyen Thi Viet Nga from the Northern Province of Hai Duong expressed concern about the delay in implementation.

Deputies and the majority of voters highly appreciated the drastic intervention of the Government. However, up to now, many things have not been done; worse, 5 decrees expected to be issued in May have not been issued yet...

The Resolution 43/2022/QH15 is valid for 2 years, so timing is extremely important. If there is a delay in the implementation, the golden time for the fiscal and monetary policies to support the Socio-Economic Recovery and Development Program can’t be developed as expected. 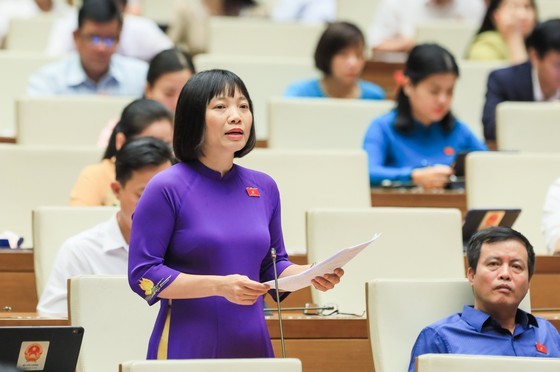 Deputy Viet Nga speaks at the NA session
Accordingly, deputy Viet Nga suggested that it is necessary to focus on drastically implementing solutions to promote the disbursement of public investment capital identifying this as a central, political task and one of the important criteria for the final evaluation and classification of activities of an organization and an individual, especially the head.

At the same time, develop specific quantitative targets on the amount of work to be completed, such as 50 percent in 2022, as a basis for evaluation, not general regulations.

According to deputy Le Minh Tri in Ho Chi Minh City, Director of the Supreme People's Procuracy, people and businesses are currently facing many difficulties. Prices increased, but workers' wages did not increase, even decreased, or increased but not significantly. Enterprises have to bear high input costs to restore production and business.

Subsequently, Mr. Tri highly supposed that the tax exemption and reduction policy is a correct and timely decision to contribute to curbing prices and inflation as well as directly supporting people and businesses. Based on that, he proposed to the National Assembly and the Government to extend and supplement the tax exemption and reduction for a longer period, not only in 2022 but also for 2 years or longer as well as select sectors that can quickly recover as possible and these sectors play an important role in the country’s economy.

To apply the decisions issued by the National Assembly and the Government in real life, Deputy Le Minh Tri suggested that the Government assign ministries, agencies, and localities to implement these decisions with specific progress and evaluate the implementation monthly and quarterly.

At the same time, the National Assembly should increase supervision to check its results.

By Ha My – Translated by Anh Quan