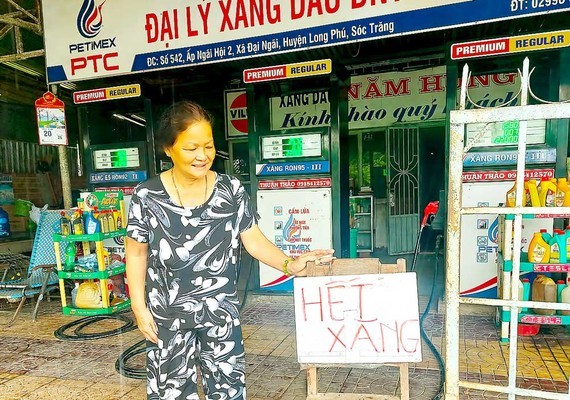 Ms. Nguyen Thi Bich Van, an owner of a gas filling station announces the station ran out of petrol

Along the Nam Song Hau route from the Mekong Delta City of Can Tho to provinces Hau Giang, Soc Trang, and Bac Lieu, many petrol stations closed or hung signs that the stations ran out of gas. Some gas stations are still open but each motorbike driver is allowed to buy about VND20,000 - VND30,000 to continue their trip. According to station owners, they resorted to this way because the supply was short and there was no capital to import goods because of losses over a long time.

Ms. Nguyen Thi Bich Van, owner of a petrol filling station at Nam Hung private enterprise in Dai Ngai commune of Soc Trang Province’s Long Phu District, said that the station is a distribution agent of PTC-Petimex. She explained for three weeks, the PTC-Petimex had not supplied the fuel for the station, even sample gasoline was also used for family motorbikes and for pedestrians who unfortunately run out of gas along the way. According to her reveal, the supplier also had no more fuel to distribute to retail stations as PTC-Petimex sometimes just delivered only 1,000 - 2,000 liters and stopped.

For nearly 30 years as a petrol and oil retail agent, for the first time, she had to buy each bottle of petrol. In the past few days, Mrs. Van has had to ask a motorbike taxi to go to Soc Trang city to buy gasoline for her two grandchildren to use on their motorbikes to go to school, because the neighboring gas stations are all in the same situation as her. 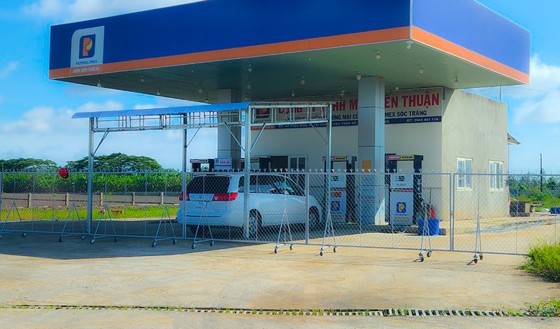 A gas station stops selling petrol in the Mekong Delta
In Can Tho City, Mekong Taxi Company in Can Tho City has just sent an official dispatch to the market surveillance agency asking to suspend the operation of petrol and oil retail stores with the reason that the supply of gasoline is unstable, the discount is too low, so businesses cannot continue to do business because of continuous losses from the beginning of 2022 until now.

Ms. Nguyen Xuan Dao, a representative of petroleum retail agent Anh Kiet in the Nam Song Hau highway in Nhon My commune of Soc Trang Province’s Ke Sach District said that the gas station had been closed for more than two weeks because there is no capital to import goods and can not stand losses anymore.

Mr. Mai Van Huy, Chairman of the Board of Directors of Nam Song Hau Oil and Gas Investment Company (NSH Petro), said that the current solutions to stabilize the petroleum market are mainly aimed at wholesalers and retailers but have not actually pay attention to filling stations which directly sell petrol to consumers. Currently, owners of gas filling stations are the ones who suffer the most, losing continuously for a long time, they have no more money to continue their business whereas, with the current policy of credit limit, owners of retail filling stations hardly have access to bank loans to maintain their business. He showed his concern about a possibility of a large-scale disruption of the petroleum supply in the region without a radical solution. 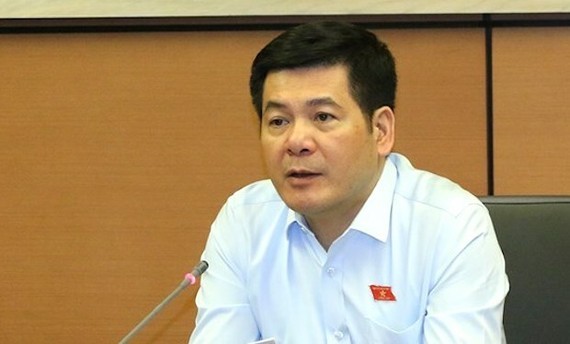