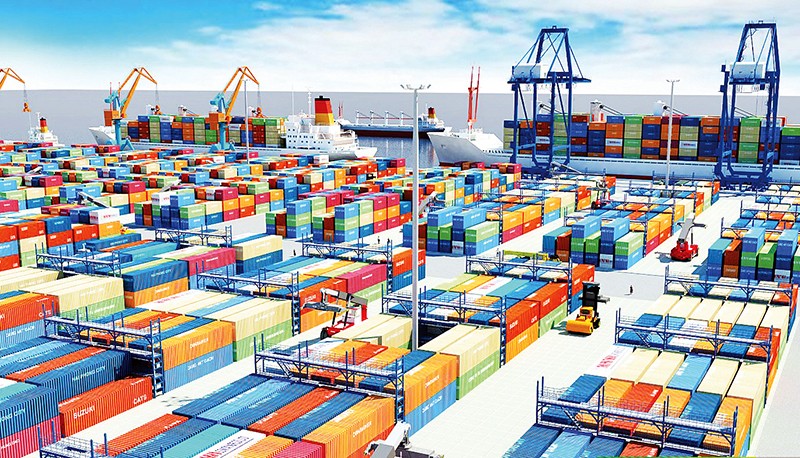 Hosted by the Industry and Trade Magazine, the function sought solutions to make the most of the opportunities from the EVFTA, which took effect in August 2020, to boost logistics.

The EU has remained Vietnam’s key market, deputy director of the Ministry of Industry and Trade (MoIT)’s Foreign Trade Agency Tran Thanh Hai told the event, noting the volume of goods exchanged between the two sides has significantly increased after the signing of the EVFTA.

Logistics service providers play a very important role in delivering the shipments of Vietnamese products, such as textile and garment, footwear and seafood, to the EU at a reasonable cost, according to Hai.

The long geographic distance between Vietnam and the EU is a matter of concern following last year’s six-day Suez Canal blockage caused by a stuck oil tanker, he said, adding potential problems can rise in the bilateral trade activities.

Le Hoang Khanh Nhut, general director of Da Nang Rubber Joint Stock Company, said logistics makes up a large proportion of firms' cost for products. There were periods when firms were having a hard time as logistics costs rocketed dozens of times, he stated, stressing it was difficult for the businesses to balance the cost of production and proposing Vietnam develop logistics centers at major ports to ensure the appropriate number of ships in and out.

Speakers put forward a number of recommendations to better make use of the benefits from the EVFTA, saying domestic enterprises must have greater understanding of Vietnam’s commitments in logistics services to better identify potential competition risks and gain more innovative mindsets in order to optimize their operation.

Additionally, there should be not only more incentives from the Government but also support provided by local departments and administrations to raise logistics firms’ competitiveness and help them capitalize the trade deal, they suggested.