There have been more and more vehicles building up on Rach Mieu Bridge every year, the media reports. The bridge serves to connect Tien Giang and Ben Tre provinces and was put into operation in 2009.

Reportedly, the problem was so prevalent that it made its way into the People’s Committee of Ben Tre recent meeting on the upcoming construction of Rach Mieu 2 Bridge.

Truck drivers believe the bridge’s steep slope and limited width is causing big vehicles to slow down, resulting in constant traffic jams. Although the drivers have been recommended to take the nearby Rach Mieu ferry from Ben Tre to My Tho City, Tien Giang, using the bridge to cross would save tremendous time and gas money for them.

Nevertheless, the ferry itself has also been overcrowded lately, leading to even more waiting time for drivers and commuters, reporters say. Locals also complain about the rocky gravel roads along Tien Giang River’s bank that they have to traverse after getting off the ferry. 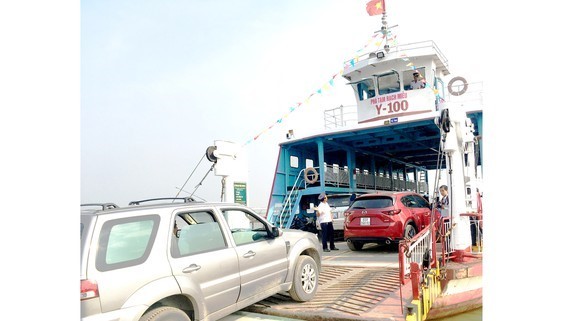 According to the Deputy Director of Rach Mieu Bridge BOT Company, the number of motor vehicles passing through Rach Mieu Bridge BOT station in 2019 was six to seven times higher than when the project was planned in 2001. There was an average of 23,000 passing vehicles during Lunar New Year while the bridge can only facilitate 16,000.

Rach Mieu Bridge was built with the sole purpose of easing commute for the agriculture-centric area, said Cao Van Trong, former Chairman of the People’s Committee of Ben Tre Province. “We had no idea the volume of trucks would increase so rapidly. But after Rach Mieu Bridge was put into commission, other cross-province bridges like Ham Luong or Co Chien were also built, pushing economic development and bringing in more traffic,” he exclaimed.

On a brighter note, construction of Rach Mieu 2 Bridge which is expected to completely solve the traffic jam will start at the end of this March.

Another bridge that disappointed the locals is the Dai Ngai Bridge project whose constructions are still underway since 2015. The bridge is planned to be over 15 kilometers long, divided into two sub-sections and about 11.78 kilometers of interchanges. The project has a total investment of VND5,800 billion (about US$253.6 million).

Once completed, the bridge is expected to form an important traffic axis to help connect the eastern coasts of the Mekong Delta with Ho Chi Minh City (HCMC) via National Highway 60, and at the same time become the third cable-stayed bridge to cross the Hau River, shortening the distance from Ca Mau to HCMC.

The bridge has not been finished due to a lack of investment capital, its investment plan having been changed multiple times through years.