Former State President Truong Tan Sang, leaders of Long An Province, and representatives of more than 400 enterprises attended the ceremony.

The Chairman of the provincial People's Committee asked the investor to focus on completing the infrastructure and site clearance to soon fill the project. Especially, it is necessary to make planning for housing areas for workers and low-income housing to retain workers.

Former President Truong Tan Sang also suggested that the investor needs to actively build houses and apartments for remote workers at low prices to attract laborers. Currently, Ho Chi Minh City, Binh Duong, and Dong Nai have been focusing on building housing for workers. If Long An Province does not promote the construction of houses for workers, it will be difficult for the province to compete for human resources with others. 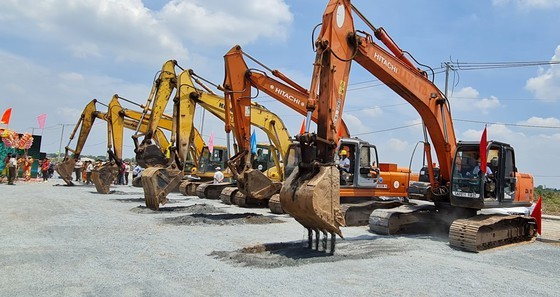