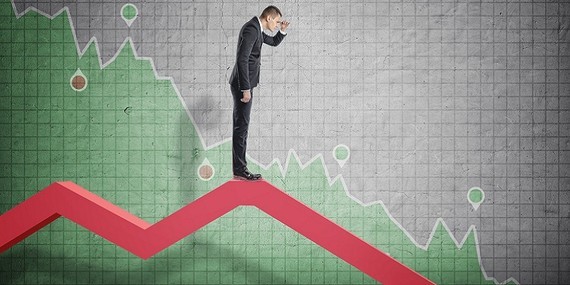 After the previous trading session, investors expected the capital flow would spread to the penny and medium-sized stocks in today’s trading session. However, the cash flow only concentrated on stocks with large capitalization, such as banking stocks, while the remaining stocks, especially real estate stocks, were still dumped heavily.

Real estate stocks continued to be sold off made investors concerned about the chain effects on the remaining sectors. For example, although banking stocks started the trading session in the green, they quickly weakened under the selling pressure after the ATO matching session.

Losing support from the large-cap stocks, the VN-Index switched to decreasing. In the current conditions, the VN-Index's drop has caused the money to flow back out instead of participating in bottom-fishing.

However, on the VN30 basket, the difference between gainers and losers was not large, with 15 losers, 13 gainers, and two standstill stocks. Notable gainers were MSN, BVH, ACB, BID, FPT, GAS, and KDH. On the contrary, strong decliners were VIC, VHM, VRE, SSI, PDR, and HPG.

The liquidity dropped to the lowest level in about two and a half years, with more than 448 million shares and fund certificates being transferred, equivalent to a trading value of roughly VND8.05 trillion. On all three exchanges, the total trading value of the whole market was approximately VND8.9 trillion.

The HNX-Index and UPCoM-Index could not escape from the losing streak, retreating by 2.07 points, or 1 percent, and 0.4 points, or 0.53 percent, respectively.