Nguyen Van Dai Duong in Duc Nhuan commune, Mo Duc District revealed that a vase has the height of 1.86m and diameter of 0.59m weighing 20 kilogram. 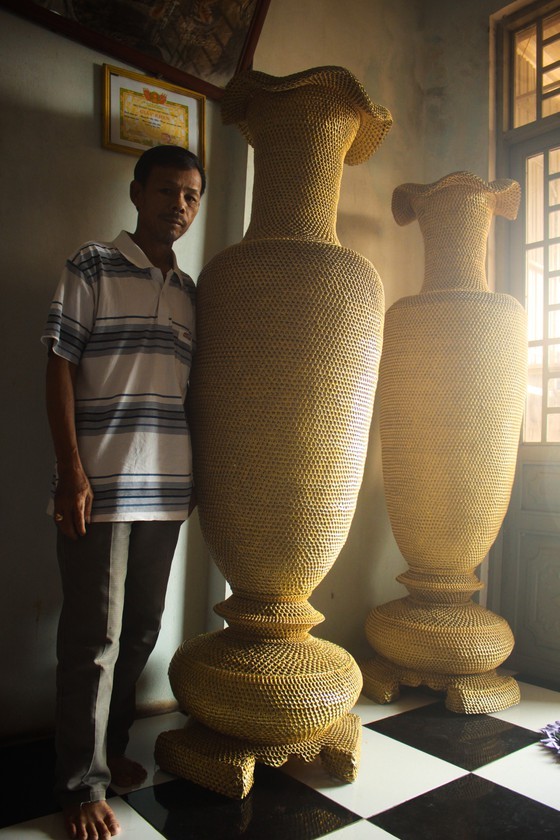 Mr. Duong and the vase (Photo: SGGP)
More than 10 million pull tabs are held together by aluminum wire and water pipes. He has had idea of making the items from 2012 and begun collecting tabs.
In two years from 2012 till 2014, he collected a large number of ring tabs from drink cans which he washed and applied mineral oil on to protect them from rusting. 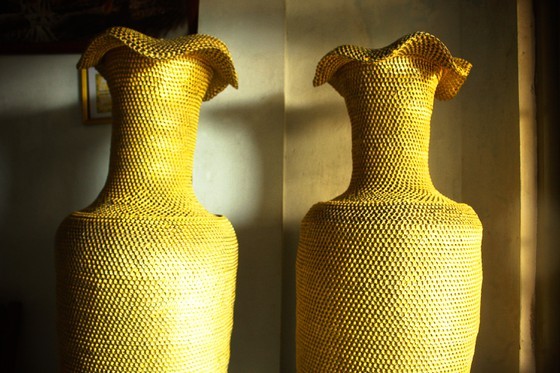 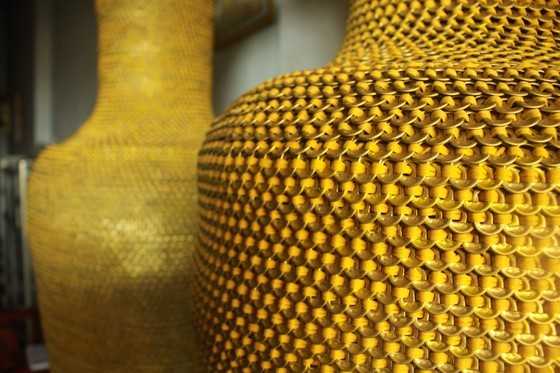 By 2015, Mr. Duong started the design of his unique vases. He used thin aluminum wire to knit, connect to form the frame of the vases. After that, he used water pipes with a diameter of 20cm to be inserted inside to keep the vases standing upright. He used a smaller water pipe 17-18cm in diameter inside the original large pipe, with the aim for pouring water and arranging flower.

When the frame and the internal structure were complete, he continued to make the more difficult process of connecting the pull  tabs together and the overlaps in succession. He used yellow spandex and cut it thin enough to pass through the hole in the pull tabs. At least 10m of fabric was used to connect 10 million ring tabs for each vase. 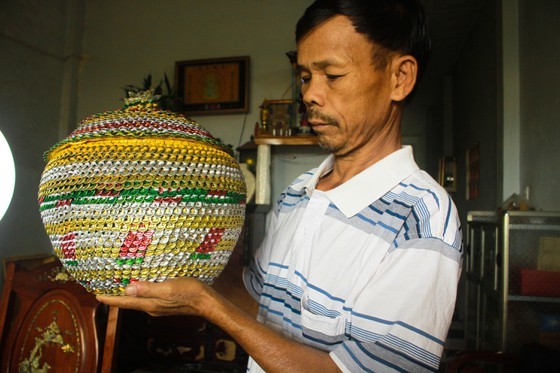 Mr. Duong and the tea kettle made of ring tabs from drink cans (Photo: SGGP) 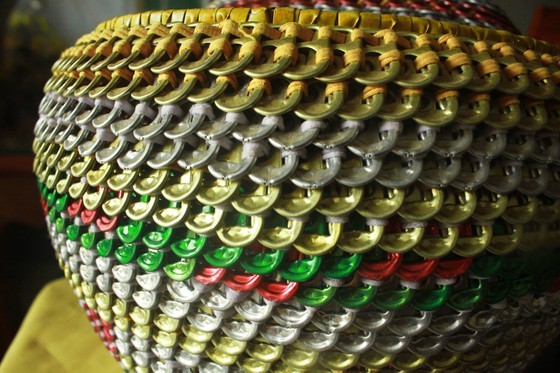 According to Mr. Duong, knotting pull tabs in the vase base is the most difficult work. He had to remove and install it many times to finish the base.
Mr. Duong also made a tea kettle of colorful ring tabs. He revealed to make more products from pull tabs in the near future.