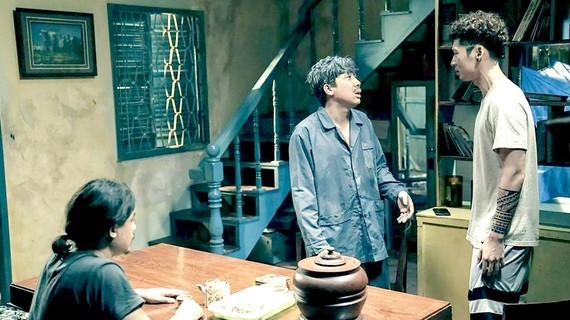 According to experts, the film industry in Vietnam can only develop to new heights when supported by State policies that ensure a balance between the needs of filmmakers and concerns of society.

Experts at the conference believe that suitable government policies are essential for the film industry to reach new heights by balancing the market’s demands and filmmakers’ requirements.

The currently applicable Cinematography Law of 2006 was built on the basis that cinema is an art field, which is a dated concept since cinema has long developed into an industry as well, said Chairwoman of the Vietnam Association of Film Promotion and Development (VFDA) Dr. Ngo Phuong Lan.

While the old law only regulates aspects of the industry like screenwriting, issuing, and distributing film products, experts believe it should be amended to take into account the management of this special product that can provide a unique entertainment value while being profitable.

On the subject, it was proposed by a representative from BHD Co., Ltd, one of the first private Vietnamese companies in media and film distribution that the Cinematography Law (amended) should include incentives on taxes and land, investment funds as well as low-interest loans for domestic firms investing in cinemas.

Meanwhile, Deputy Director of the Department of Planning and Finance under the Ministry of Culture, Sports and Tourism Nguyen Thi Hong Lien added that the bidding and ordering of film production should be considered as well. There were also proposals to remove the film pre-check process and switch to post-check review.

Policies for the foreign film industry were also discussed, with proposals to create incentives for foreign film crews coming to Vietnam and mechanisms for co-production films aiming to professionalize domestic films and promote the country.

By Mai An - Translated by Tan Nghia