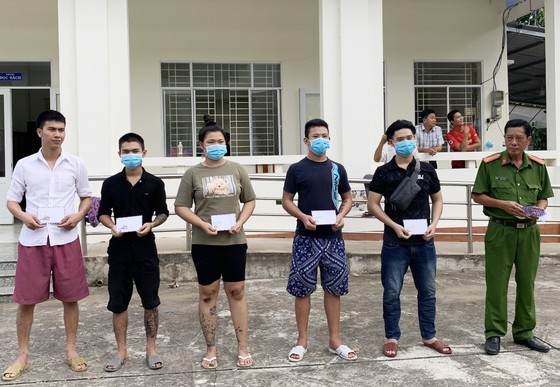 The workers fleeing from Cambodian casino are supported US$64 for returning homes.

Accordingly, those people fleeing from a Cambodian casino arrived in their hometowns on the afternoon of August 23.
Previously, on August 18, after swimming across the Binh Di River leading to Vietnam, the functional forces had received and taken them to the Community Learning and Culture Center of Da Phuoc Commune, An Phu District, An Giang Province for staying to investigate and verify the case. At the center, the local authority provided them with food and essential stuff.

On the same day, 40 people were allowed to come back to their hometown.