Nearly 30 subjects are arrested at an online gambling point in Vinh Long Province
Accordingly, in the afternoon of November 15, the police forces of criminal police division under the Public Security Department of Vinh Long Province collaborated with the Binh Tan District Police and Tan Binh Commune Police accidentally checked an anonymous coffee shop in Tan Hau Hamlet, Tan Binh Commune and detected many subjects gathering to participate in online cockfighting betting. The functional forces decided to arrest the subjects. 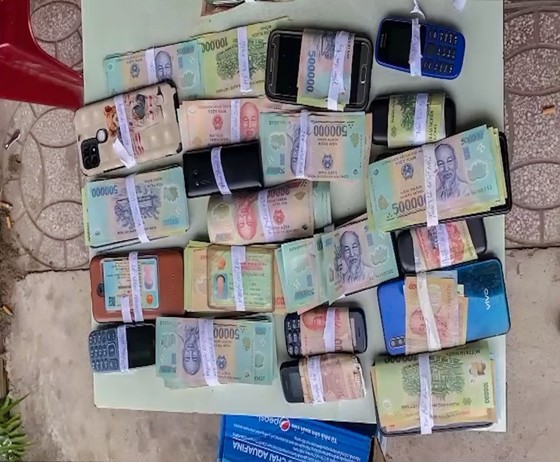 The exhibits at the site
At the site, the police forces held in custody 27 relevant subjects, seized 25 mobile phones, including seven ones used for live-streaming, money on gambling mat and of the subjects with a total amount of more than VND100 million (US$4,000) along with many other related exhibits.
Currently, the police forces are continuing to verify to handle the subjects as regulated.

By Quoc An- Translated by Huyen Huong