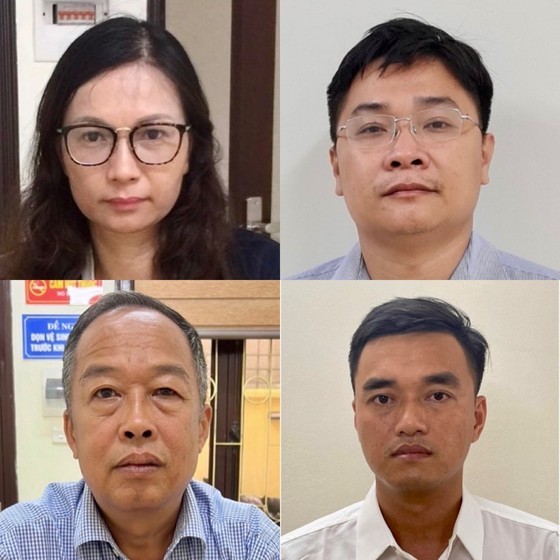 Nguyen Mai Anh, Ngo Quang Tuan, Tran Van Du, Vu Sy Cuong (from top to bottom, from left to right). (Photo: SGGP)
Tran Van Du, 61, former Deputy Director of the Immigration Department at the Ministry of Public Security, was among six people arrested on July 25 as investigations into the repatriation flight scandal was expanded, said Lt. Gen. To An Xo, Chief of the Office and Spokesman of the Ministry of Public Security.

Bui Huy Hoang, 34, an official at the Ministry of Health, was arrested under fraud charges, and Nguyen Tien Manh, 52, a travel business leader, was arrested for giving bribes. 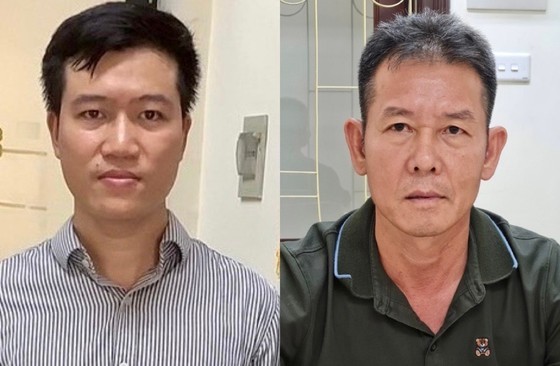 But many people had to buy very expensive tickets and complete tortuous procedures to get a seat on repatriation flights.

Investigation found many officials and business leaders had taken advantage of the policy to earn money.

A series of officials from the Ministry of Foreign Affairs and tourism firm directors were arrested for their involvement in bribery while organizing these flights.

Deputy Minister of Foreign Affairs To Anh Dung was arrested in April for taking bribes.