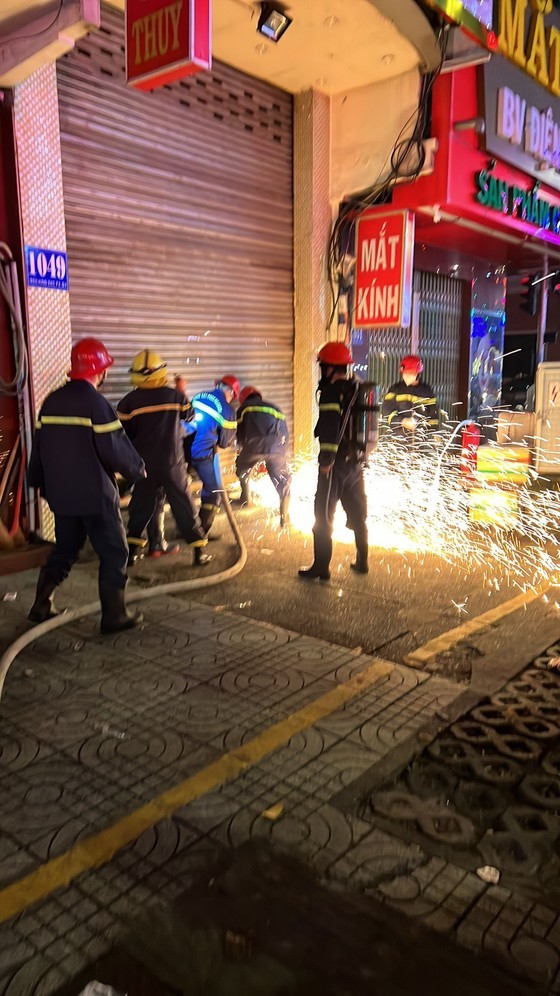 The functional forces used a door cutter to enter the house.

According to initial information, a fierce fire broke out in No.1049 Tran Hung Dao Street, Ward 5, District 5 last night. Some residents approached the site and used water and fire extinguishers to extinguish the fire but failed because the door was locked. At that time, seven people were trapped in the facility and they tried to call for help.
After receiving the information, the PC07 along with police forces of District 5 sent fire trucks and dozens of rescuers to the site. The functional forces used a door cutter to enter the house and take trapped people out. 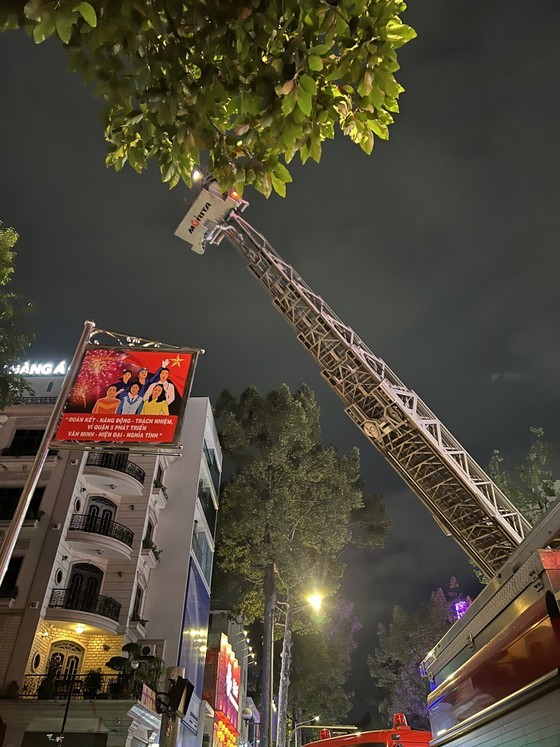 At the site of the fire
A few minutes later, the fire was completely extinguished.
The fire damaged the property. Through investigation, the police determined that the cause of the fire was due to a short circuit.