Nam faces the charge of “violating regulations on the management and use of State asset, which causes loss and wastefulness” under Article 219 of the 2015 Penal Code.

He is accused of being linked with the case of “violating regulations on the management and use of State asset, which causes loss and wastefulness” at the Binh Duong Producing and Trading Corporation. This case is currently under the monitoring of the Central Steering Committee for Anti-Corruption. 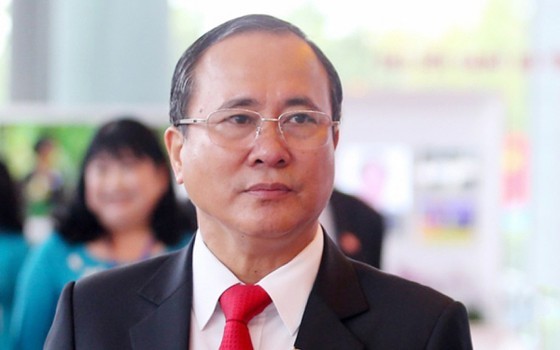 Tran Van Nam, former Secretary of the Party Committee and former Vice Chairman of the People’s Committee of Binh Duong province, is being investigated for his wrongdoings

The National Election Council also rejected him as a deputy of the 15th National Assembly as initial findings show that he had infringed the regulations on the things Party members must steer clear of and broken the law, causing serious consequences.

In June, the investigation police agency also launched legal action against former Chairman of the Binh Duong People’s Committee Tran Thanh Liem, five officials of this province, and four others who are incumbent or former executives of different companies for their involvement in this case.