The Traffic Police Department under the Ministry of Public Security informed that around 9,534 drivers out of 9,648 violated alcohol levels exceeding the permitted level and 114 cases were positive for the drug. The violators were fined up to VND32 billion (US$1.4 million).

The police forces seized more than 9,000 vehicles and revoked more than 5,000 driver's licenses for traffic violations. 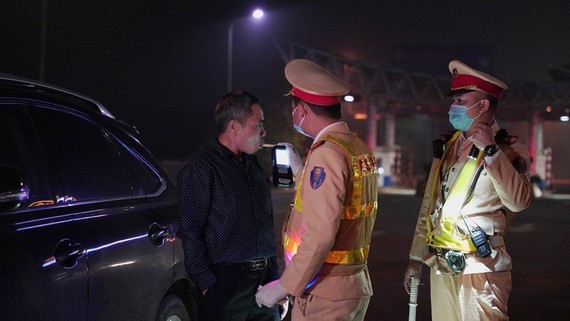 Traffic police officers take an alcohol test for a driver.

During the upcoming holidays of the 46th anniversary of the Liberation of Southern Vietnam and National Reunification Day (April 30, 1975-2021) and May Day (May 1), traffic police nationwide will mobilize their forces to strictly handle the traffic violations, especially overloaded vehicles, to ensure traffic order and safety.