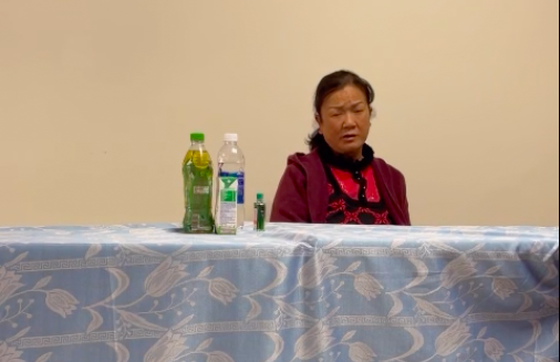 Le Thi Minh is identified as the leader of the gang. (Photo: SGGP)
The Da Lat City Police, on the morning of August 11, informed that after coordinating with the departments of the Lam Dong Provincial Police, the investigative agency prosecuted the accused and detained Le Thi Minh, 60, and Duong Kim Ha, 40, living in Ward 12 in Da Lat City, for three months and prosecuted the accused Bui Thi Huyen, 38, living in Ward 12, but released her on bail because she was taking care of her baby. These subjects are related to the deforestation case that occurred in lots A and B, Plot 15, Sub-zone 144B in Ward 8 in Da Lat City. 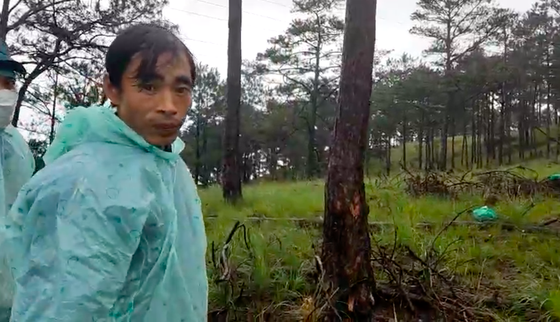 Duong Kim Ha at the scene of the deforestation. (Photo: SGGP)
In addition, the investigative agency has been consolidating the file after identifying four other subjects, including Bui Van Gia, 37, Quach Van Khuyen, 42, Le Van Ha, 47, and Nguyen Van Hung, 49, living in Ward 12. They are the subjects who directly destroyed the pine forests at the above location. 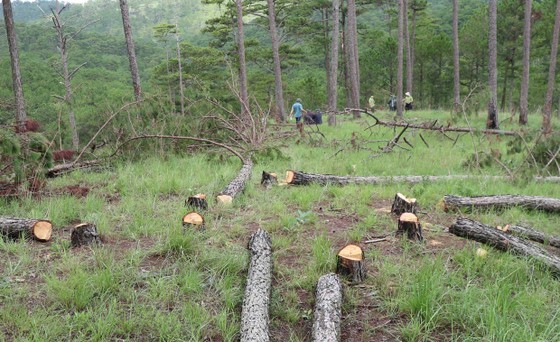 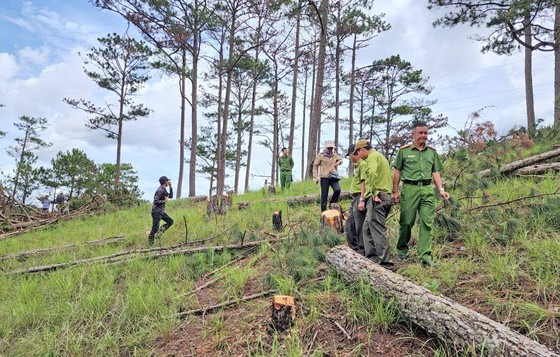 After investigating for three months, police have identified the group of people who destroyed the pine forest. (Photo: SGGP)
These subjects confessed that they took advantage of the late night, using hand saws and chainsaws to cut down pine trees to occupy the land for agricultural production.

According to Da Lat City Police, it was the sophisticated tricks, late night time, and complicated terrain that in a short time, the subjects chopped down several pine trees.

The case is currently being investigated and clarified further.