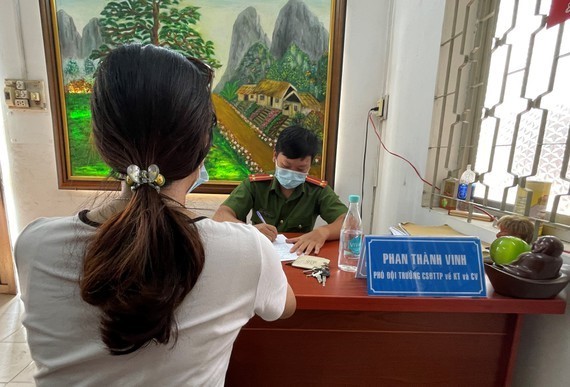 The fraud case reported to District 11 police
An anonymous Vietnamese woman in District 11, HCMC reported that she had been scammed out of over US$11,000 at the beginning of June by a self-proclaimed cryptocurrency trader she met online.

The alleged Chinese business person had talked the woman into wire transferring US$11,000 to them with promises of helping her invest in cryptocurrency. The woman stated that she bought into the lies after having earned small sums of interest by trading with the person previously.
Vietnam’s law as of now does not recognize virtual money as a currency or legal means of payment, said a member of the HCMC Bar Association.
However, since it does not prohibit trading or investing in virtual currencies either, people taking part in such activities might face huge risks of losing their savings on scammers.
Many cryptocurrency exchanges in Vietnam are branching out using high commission rates in the same way as pyramid marketing does to entice people, said Head of District 11 Police Colonel Pham Xuan Thao.
Also according to the HCMC Bar Association, cryptocurrency platform founders who shut down their site with evident attempts at deceit could be charged with “fraudulent appropriation of assets” under Vietnam’s law. At the same time, people who knowingly trade cryptocurrency on illegitimate sites with factors of gamble could be prosecuted for illegal gambling.
However, reporting frauds through virtual currency platforms is currently complicated due to the lack of criminal evidence, said the HCMC Bar Association.