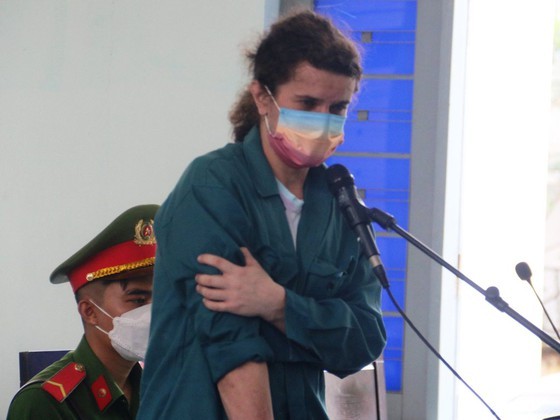 Shedko Dmitrii testifies that he often suffered pain due to his injured arm, so he uses cannabis to relieve pain

On the morning of May 23, the People's Court of Binh Thuan province opened the first-instance trial against defendant 33-year-old Shedko Dmitrii for possessing narcotics illegally.
According to the indictment, on the evening of December 24, 2021, police officers in Ham Tien Ward suddenly raided a house rented by foreigners in the area.
During the inspection, the police force discovered Shedko Dmitrii planted 27 cannabis plants about 1-2m high in the bedroom.
At the scene, the functional force discovered that while taking care of cannabis in the bedroom, Shedko used an irrigation system, and electric lights to light and regulate the temperature of the plants.
In addition, police officers also seized 3kg of dried cannabis that was prepared and many related exhibits in his bedroom.
At the trial, Shedko Dmitrii testified that he often suffered pain due to his injured arm, so he used cannabis to relieve pain but he is not addicted, and did not trade this banned substance. Therefore, Shedko Dmitrii expressed remorse for her actions and asked for a lighter punishment.