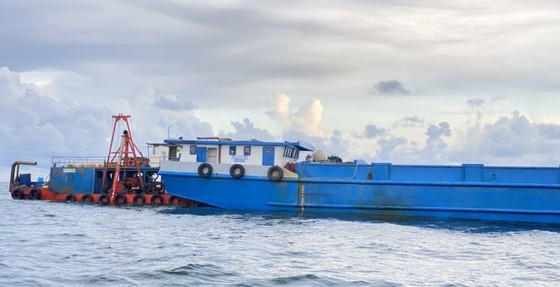 A tugboat pushing barges along with four illegal immigrants from Cambodia to Phu Quoc City was detected this morning.

Through the investigation process, all those initially declared that they are Vietnamese citizens tried to illegally enter from Cambodia to Phu Quoc by sea after the Vietnamese people stayed and worked in Cambodia.
The functional forces took these people to a quarantine place following the regulation and continue the investigation.