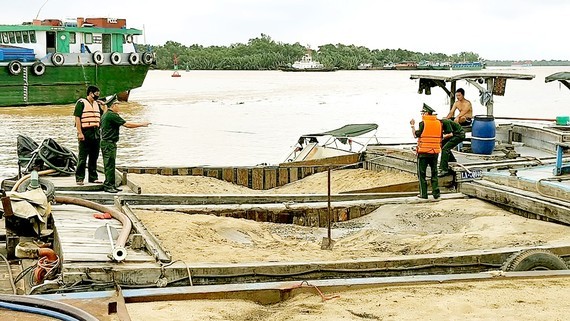 Head of the HCMC Border Guard Tran Thanh Duc shared that as the Covid-19 pandemic has been under control, the economic picture of the city has been brighter, and many more water vehicles traveling on Saigon River to transport goods. Taking advantage of this crowd, criminals are pouring into the city various kinds of counterfeit, illegal merchandise, the most infamous of which are construction sand and DO.

To stop this, the HCMC Border Guard has developed a detailed plan to prevent commercial fraud, smuggling, and illegal exploitation of minerals in the city. The focus of this plan is to eliminate hot spots of illegal sand exploitation and to stop the unlawful transportation of sand, DO via several professional measures under the motto of secretive and surprising attacks. Thanks to that, a series of commercial frauds have been detected lately, many of which are large-scaled ones.

The task of capturing such criminals has encountered various challenges. The majority of these criminals work in an organization, with sufficient people on guard of the police. They mostly work at night, and are rather aggressive. When seeing the police, they usually use suction hoses to defend themselves, then discharge sand into the river or sea before fleeing. That is why the campaign must be done secretively to avoid such actions.

The constant efforts and strong determination of the HCMC Border Guard have basically proved effective as many hot spots of illegal sand exploitation on Dong Tranh River, Ngua Islet, Dong Nai River have been eliminated. 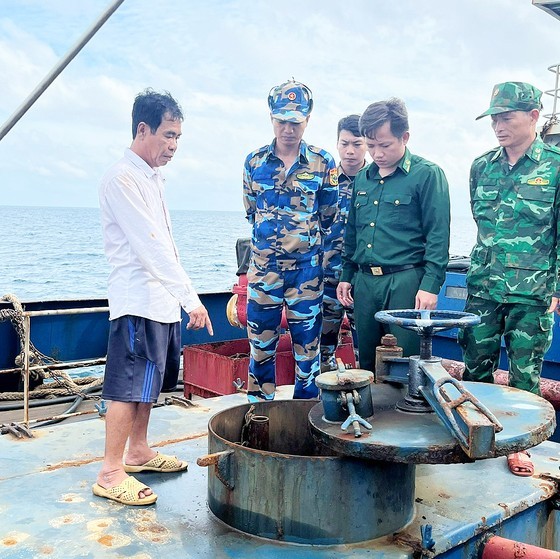 The HCMC Border Guard is handling a vehicle illegally transporting DO

However, for the fight against commercial fraud on the Saigon River and seaport system to be truly successful, it is necessary to amend certain legal regulations. This is because administrative handling and temporary capture of such criminals are too mild a deterrent. Meanwhile, the global fuel prices are instable, making this item a lucrative smuggling one.

More importantly, current regulations ask for the quantitative damage in money before punishing criminals, which is extremely hard to do. In addition, negative impacts of illegal sand exploitation take a long time to prove.

Head Tran Thanh Duc proposed that the legal regulation should identify illegal sand exploitation as the crime of ‘Property Theft’ because this activity can lead to severe consequences, including natural resource damage and even life loss. There must also be a request to install positioning equipment (GPS, AIS, GPRS, etc.) on means of sand mining to make it more convenient for the monitoring task as well as data extraction when needed as a proof to handle law breaking activities.

In the first 6 months of 2022, the HCMC Border Guard cooperated with related units to detect and handle 73 cases, capturing 142 law violators and 90 vehicles. Among them are 65 cases of illegal sand exploitation of thousands of cubic meters of sand. Naval Squadron No. 2 (the HCMC Border Guard) captured the vehicle with the license of BV 97979-TS, unlawfully carrying 100m³ of DO.