The city’s police had discovered Ngan as a major drug wholesaler and Thai Vi Dan, 44, from Binh Tan district, as one of her regular buyers since the end of January 2018, they announced on March 19.
They caught Dan red-handed with about 150 grams of methamphetamine in District 6 at 20:00 on March 14, shortly after he purchased the amount from Ngan, during an anti-drug operation in collaboration with the Investigation Police Department on Drug-Related Crimes (C47) under the Ministry of Public Security.

In earlier morning the next day, the police raided Ngan’s home in a small lane on Phu Dinh street in Ward 16, District 8, seizing 9.3 kilogrammes of the drug.

She confessed that she bought the drug from Cambodia to distribute in Vietnam. The police are collecting more evidence to take the suspects to court.

The ring was led by La Van Hai, 46, who went to Cambodia to buy drugs and gave the contrabands to Nguyen Thanh Lam, 40, to sell in Vietnam. Both reside in Ho Chi Minh City. 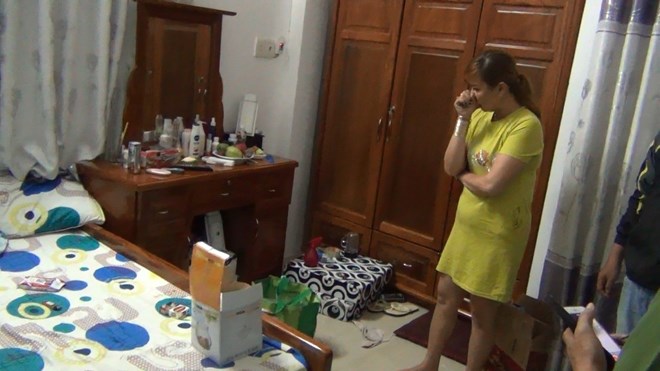