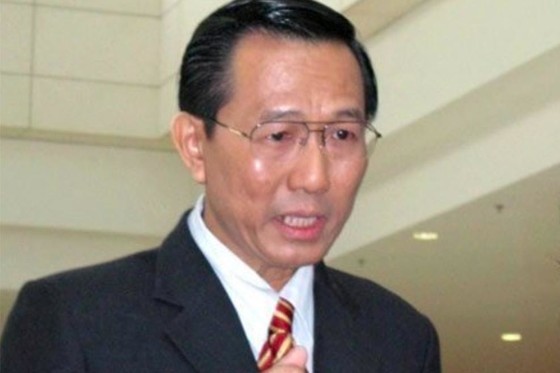 According to the indictment issued by the Supreme People’s Procuracy on September 9, in the face of the complex A/H5N1 outbreak in 2005, the Prime Minister approved a plan to stockpile Tamiflu and produce Oseltamivir for disease prevention and control.

The Ministry of Health (MoH) assigned its Planning and Finance Department to work with the Ministry of Finance to set prices for the Oseltamivir drug made in Vietnam. The Cuu Long Pharmaceutical Company, set up in 2004 with the State holding a 51.07% stake, but then becoming a completely private business in 2019, was among the firms receiving the MoH’s orders for drug production.

From February to April 2006, the company imported 520kg of Oseltamivir materials at a total cost of US$9.1 million from Singapore’s Mambo. It paid Mambo $5.25 million while the remaining $3.848 million was allowed to be paid later, within six months since the date of goods reception.

After that, as material prices decreased, then General Director Luong Van Hoa told his inferiors to ask Mambo to discount the remaining sum Cuu Long had to pay. He did not report or gave false reports on the material price discount during meetings with the MoH. When the move was uncovered, he was demanded to report on the issue but still ordered his inferiors to regularize payment documents.

According to the indictment, the money Cuu Long retained and did not pay to Mambo came from the State budget. The Cuu Long suspects abused their positions and power to commit wrongdoings and intentionally did not report to the health and finance ministries, leading to a loss of $3.848 million to the State budget.

The procuracy also held that the then health officials lacked a sense of responsibility in performing duties, so they did not find out that the Cuu Long company got the discount and retained $3.848 million.

Among them, former Deputy Minister Cao Minh Quang, who was then head of a steering board for settling issues related to Tamiflu and Oseltamivir, signed a decision to establish an inter-sectoral inspection team to examine drug purchases, preservation and use.

However, when team leader Nguyen Viet Hung reported that Cuu Long had not paid the money to Mambo, and the health and finance ministries demanded an investigation, Quang did not respond, the indictment said.