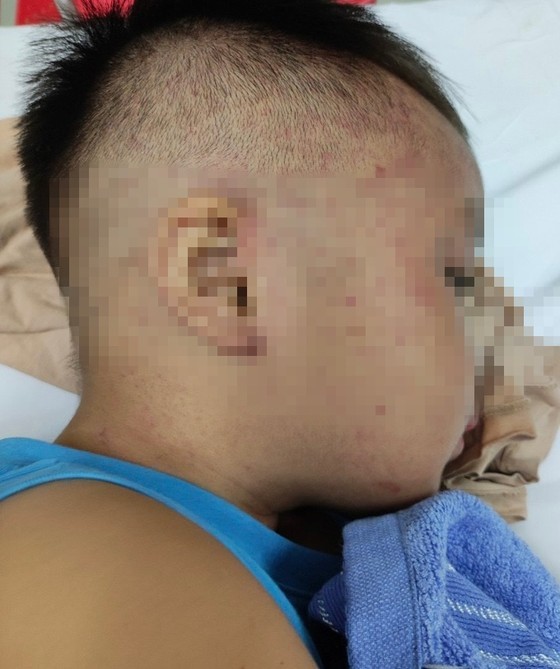 A four-year-old boy in Nhan Chinh Commune in Ly Nhan District in Ha Nam Province is abused with many injuries on his head, face, and neck. (Photo: SGGP)
A hospital representative said that this child patient was transferred from Ha Nam Province's Obstetrics and Pediatrics Hospital at about 11 p.m. on August 13 with a diagnosis of respiratory failure, hypothermia, and head and neck trauma. Especially, when being transferred to a higher level hospital, besides relatives, this patient was accompanied by police officers.

After receiving the boy, doctors immediately performed emergency aid and additional tests to determine the damage to the skull and cervical spine and held inter-departmental consultations.

Thereby, doctors determined that the current physical injuries of this boy were not severe, but there was still swelling in the head area, bleeding, and scratches on the head and neck areas. His tongue was also swollen and edematous, causing difficulties in eating.

According to his relatives, the boy was put in a cardboard box, then locked in the freezer by a neighbor.

To clarify more about this serious incident, Mr. Ngo Minh Toan, Chairman of the People's Committee of Nhan Chinh Commune in Ly Nhan District, confirmed that a local four-year-old boy had to be hospitalized because he was abused and put in the freezer by his neighbor. 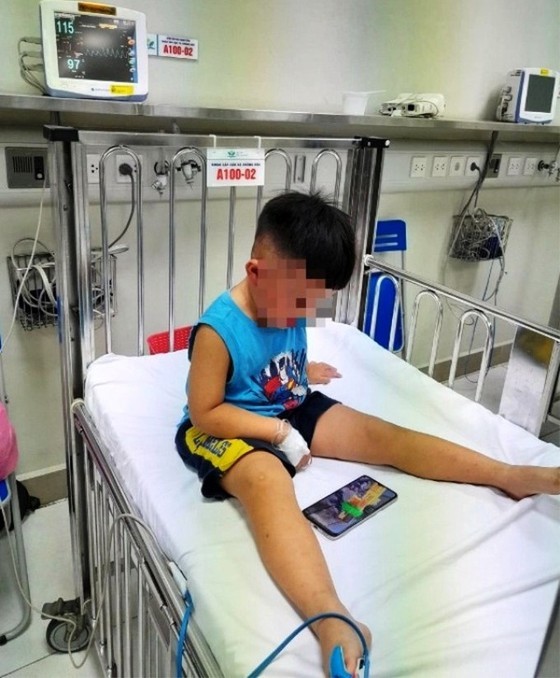 The boy has recovered after being taken care of by the doctors. (Photo: SGGP)
Accordingly, through initial verification, the boy went to a neighbor's house around 3 p.m. on August 13 but did not return home until 5 p.m., so his family rushed to look for him.

After checking the security camera, his relatives found him inside a freezer and immediately took him to the hospital for emergency aid.

After receiving the news, Nhan Chinh Commune police were present at the scene to direct the investigation and search for the person who caused that incident and coordinated with the victim’s family to take the boy to the hospital.

Initially, the police identified the person who caused the incident as a tenant selling beverages near the boy’s house.

Right on the night of August 13, Ly Nhan District police arrested the person who caused the incident to investigate further for strict punishment.