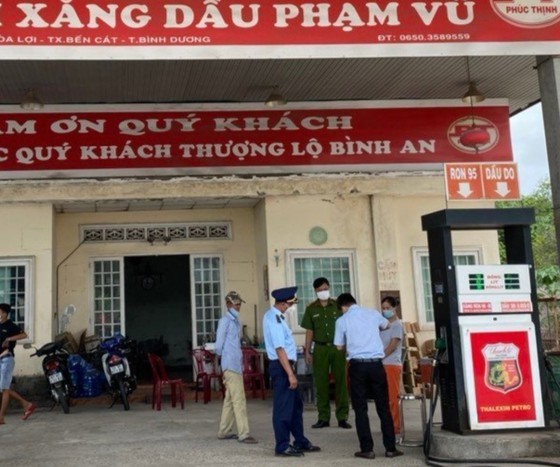 A gas station of the violating company
Today the Market Management Department in Binh Duong Province said that the provincial People's Committee province has just issued an administrative fine of nearly VND900 million on the Binh Duong Pham Vu One Member Company in Hoa Loi Ward for selling goods with quality that does not conform to technical regulations.
Previously, on May 23, 2022, the inspection team of Binh Duong Province's Information Management Department coordinated with the Sub-Department of Standards, Metrology and Quality, and Binh Duong Provincial Police to pay a visit to the company.
Through a quick test of Ron 95-III gasoline at the facility with octane values of 101.1 and 101.6, samples were sent to the Technical Center for Standards, Metrology, and Quality 3 for further test.
The further test results showed that nearly 11,500 liters of gasoline were not of good quality, so inspectors proposed the local administration impose an administrative sanction on the company.