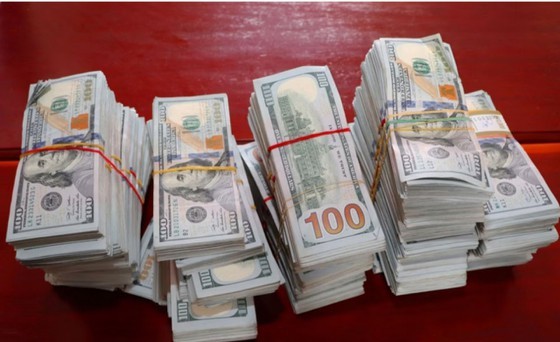 The border guard forces  seized US$470,000 from four internees linked to a cross-border money transfer.
Through the investigation process, the four people including Pham Thanh Sang, Nguyen Van Le, Ho Tuan Linh and Nguyen Van Minh, based on Da Phuoc Commune, An Phu District, An Giang Province who admitted that the amount of money above had been transported from Cambodia to Vietnam. During the investigation process, police officials uncovered they all related to the ring led by Nguyen Thị Kim Hanh.
On July 6, Nguyen Thi Kim Hanh, also known as Muoi Tuong, 1969, and other members of the ring illegally transporting 51-kilogram of gold across the border Vinh Chanh 1 Hamlet, Vinh Nguon Ward, Chau Doc City were arrested by An Giang Province Police.

The functional forces of An Giang Police issued a prosecution decision for four internees and continue the investigation for the case.