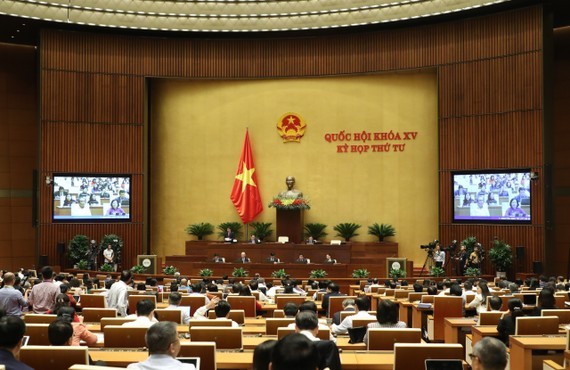 At  the 15th National Assembly's session

NA deputies talked about this issue at a discussion this morning, part of the ongoing session of the 15th National Assembly.

Deputy Tri said that Vietnam's healthcare system is wobbling due to a lack of medicine and medical supplies; as a result, doctors and nurses are not secure in working and hospital autonomy is at risk of collapse. Therefore, it is an urgent matter that requires the National Assembly and the Government to have an immediate solution.

Speaking on the morning of October 28, deputy Nguyen Anh Tri continued to emphasize the current difficulties in the health sector. He said that the Government and the Ministry of Health focus on solving these above-mentioned problems, assigning the hospital to be financially autonomous in terms of human resources, and solving the problem of drug shortages for patients.

Mr. Nguyen Anh Tri also expressed his concern about the destruction of social morality in recent times, especially among young people. Recently, there have been many tragic cases, showing that the moral, cultural and educational foundation of a part of society is in decay and degradation. He thus suggested that ministries and related agencies have solutions to these moral degradations of society.

Another concern raised by deputy Nguyen Anh Tri is that many officials have been disciplined. Though he advocated the successful fight against corruption and wrongdoings, he said that he feels ad when looking at the increasing number of officials and civil servants violating the law.

Accordingly, he proposed to improve the training of officials and civil servants while strengthening the fight against corruption work. 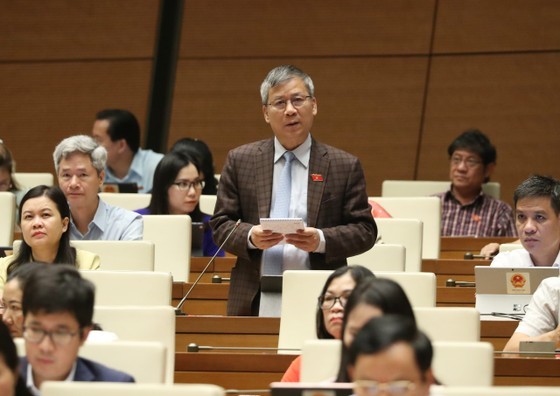 National Assembly deputy Nguyen Anh Tri from Hanoi
Deputy Truong Trong Nghia from Ho Chi Minh City urged the National Assembly to have solutions for the renovation of the growth model as well as loss-making projects, weak banks, and bad debts which are weighing heavily on the economy. Institutions should be perfected because it is a hindrance to development.

He also suggested that the National Assembly and the Government take immediate action to remove difficulties including bidding for drugs, human resources, and difficulties in payment of health insurance for the health sector.

Because if the health system is not consolidated, it will not only fail to meet the roles to take care of the health of tens of millions of people, workers, officials, public servants, retired officials and policy beneficiaries but the sector can't fight against the pandemic when the pandemic re-emerges, said Mr. Nghia.

In addition, Mr. Truong Trong Nghia also proposed an immediate resolution to reform the wages and incomes of officials and civil servants so that these employees’ salaries and incomes must be enough for continuing their work and supporting their families.

Along with supporting economic recovery and increasing wages and income, the deputy recommended stepping up inflation control as well as having tougher punishment for those who committed speculation, hoarding, raising prices, cheating and manipulating the market; simultaneously, the government should continue the fight against corruption.

Other various problems such as policies for building social houses for workers, state officials, soldiers, low-income earners and public employees, and urgent measures to overcome urban flooding were raised at the session by him.

The deputy also expected the Government to pay attention to controlling private debts at home and abroad, even though the Government does not guarantee these debts. Recently, non-financial private debt has a very large amount accounting for about 140 percent of GDP, of which a large proportion is bonds issued by real estate businesses.

This bond debt has increased rapidly with high-interest rates whereas it is not guaranteed and is not public, so it is difficult to control and is likely to have a knock-on effect when there are fluctuations in the market or solvency.

According to him, the next year 2023 will be very difficult because if the country fails to overcome those specific challenges, it has a high chance of falling into the middle-income trap, which also means that the aspirations to become a high-income country and medium-high income by 2030 and high-income nation by 2045 must be given up.