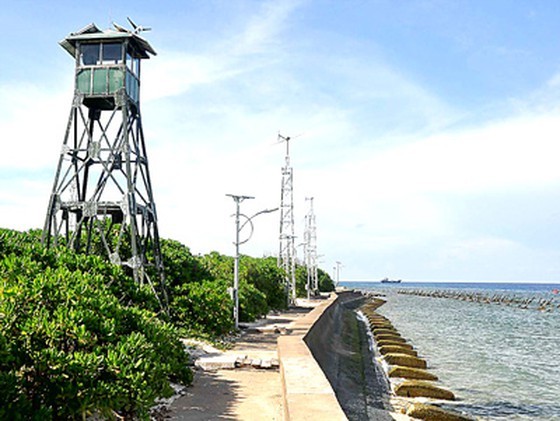 Initially, Khanh Hoa should focus on developing logistics services for fisheries sector and help residents in the district to have a stable life, while reinforcing national defense and security at sea, he said at a working session with the standing board of the Party Committee of the south central province on March 13.

According to provincial leaders, last year, Khanh Hoa completed 13 out of 22 socio-economic targets for the year, with State budget collection exceeded the goal by 2 percent to over VND14 trillion.

In 2022, the province aims to speed up its socio-economic recovery and development towards the goal of 8.5 percent in economic growth.

As part of efforts to implement the Politburo’s Resolution 09-NQ/TW on the development of Khanh Hoa until 2030 with a vision to 2045, Khanh Hoa will focus on completing its planning, improving its investment environment, expanding infrastructure system, protecting the environment and ensuring security, defense.

Leaders of the province proposed the addition of development plans of some sectors of the province to the national planning, and asked for permission to implement some major investment projects, especially in transport sector.

PM Chinh agreed with the proposals and asked Khanh Hoa to engage in deeper discussions with relevant ministries and agencies.

He said that Khanh Hoa has a strategic and important location in defense and security, along with great potential and advantages for fast, comprehensive and sustainable socio-economic development with harmony with defense and security protection, which can make it the center of the whole south central and Central Highlands.

The province also has many favourable conditions for development, including diverse terrain with three bays, a long coastline and nearly 200 islands in different sizes, including Truong Sa (Spratly) archipelago, and various beautiful landscapes, historical relic sites and traditional festivals.

However, Khanh Hoa has yet to optimize its potential and advantages and form a close link with regional localities, he said, adding that the province still has many shortcomings in transport system, human resources and business and investment environment. The PM asked the locality to identify reasons behind the problems and seek solutions, especially in policy.

Khanh Hoa should try to make full use of its prominent potential and competitive advantages, while creating more new opportunities to lure more outside resources, especially in finance, brainpower and governing science for its development, while promoting startup and innovation, he stressed.

Alongside, the province should pay greater attention to personnel training, decentralization and delegation of power, as well as administrative reform, while improving its investment environment and settle prolonged problems in the management of land and officials.

Khanh Hoa should move towards becoming a service, tourism, health care, science and technology center of the south central and central highlands region, he said, advising the locality to consider the application of the “State management, private governance,” “public investment, private management”, and “private investment, public use” models.