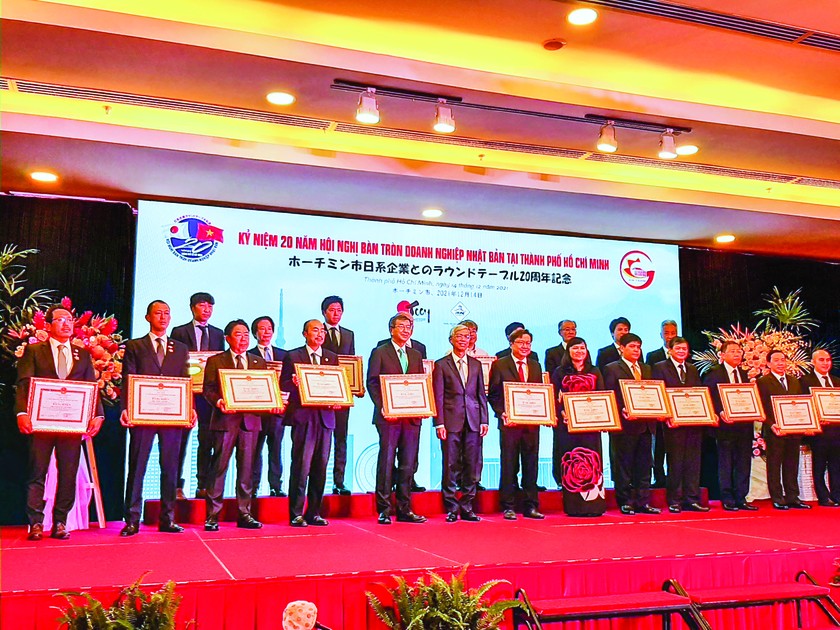 The Vietnam-Japan extensive strategic partnership is currently in fruitful status. Following the senior dialogue between Japan and Vietnam at the beginning of November 2021, Vietnamese Prime Minister Pham Minh Chinh has visited Japan since as the first foreign guest of Prime Minister Kishida Fumio.

The two sides confirmed to promote the relationship based on the spirit of important partnership to materialize the target of “Free and Open Indo-Pacific”.

Although the world situation has been hugely affected and uncertain due to the Covid-19 pandemic, the relationship between Japan and Vietnam has been fruitful and deeply promoted.

In term of investment, Japan is the top ODA sponsor to Vietnam and ranks second and fourth in terms of Foreign Direct Investment (FDI) and total trade turnover, respectively. These show that the land of “the rising sun” is a very important partner of Vietnam. Currently, there are over 1,000 Japanese enterprises doing business in Vietnam’s Southern provinces and cities, mostly in Ho Chi Minh City. Therefore, the Southern localities have greatly contributed to the economic relationship development of the two countries.

In December 2021, the Ho Chi Minh City Investment and Trade Promotion Center (ITPC) in collaboration with departments, agencies and the Japanese Business Association of Ho Chi Minh City (JCCH) held the 20th anniversary of the Japan Roundtable Conference in HCMC.

The Japan Roundtable Conference has been launched since 1998, as a forum between the Japanese business community in Ho Chi Minh City and the municipal government. The forum has been considered as a bridge to connect Japanese enterprises and the municipal departments and agencies to help Japanese enterprises overcome obstacles in the process of doing business in the city. At the conference held last year, the two sides reviewed the process of organizing the roundtables during the last two decades as well as exchanged constructive ideas for HCMC’s post-covid economic recovery.

In the upcoming time, with the efforts of solving problems for each enterprise, Consul General of Japan to Ho Chi Minh City Watanabe Nobuhiro believed that Ho Chi Minh City, the country’s economic hub, would promote its position in attracting more and more investments which would further develop the economic relationship between Japan and Vietnam.

In 2022, two nations will strive to pursue the dual target of controlling the Covid-19 pandemic and boosting economic growth. In order to recover the economy in the post-Covid-19 pandemic phase, it is necessary to learn from experiences from the fourth wave of Covid-19 to reaffirm the position and importance of Vietnam in the global economy.

During the Japan visit of Vietnamese Prime Minister Pham Minh Chinh, the two nations’ enterprises co-signed 45 Memorandums of Understanding (MoUs) on private sector investment cooperation with a total capital of US$10 billion. This shows that Japanese enterprises highly appreciated Vietnam’s economic potentialities and they also expected that both sides would achieve remarkable results in this new year based on the relationship and the mutual belief of the two nations.

The Vietnamese labor market in Japan has also played an important role in the Japan-Vietnam relationship.

The elite human resources of Vietnam have greatly contributed to the Japanese economy as the East Asian country’s population is aging fast. The number of Vietnamese employees in Japan has increased sharply recently, surpassing China to rank first in 2020 thanks to Japan’s policy of welcoming more skillful technical interns working in 14 fields from April 2019.

​ By SGGP- Translated by Huyen Huong