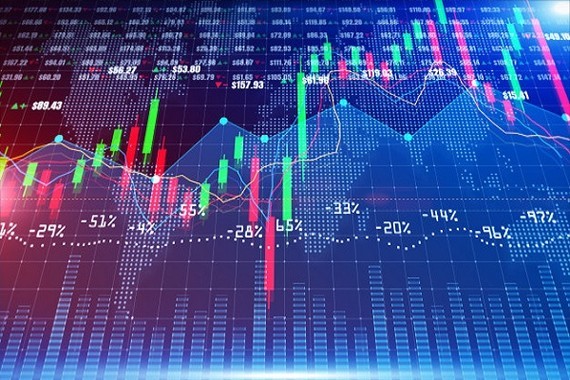 During the hot surge phase in the stock market in 2021 and also in the first months of 2022, the code DIG (Construction Development Investment Corporation) increased from VND20,000 to over VND100,000. At that time, on the securities forum there appeared a person with the nickname "A7" who set about to constantly exhort investors to buy real estate stocks such as DIG or CEO with target share price of VND500,000.

A7 was warmly welcomed by many investors, especially new investors (F0). The reason why F0 investors trusted A7 is that this person had previously introduced the code L14 (Licogi 14 JSC), from a price of less than VND80,000 to become the most expensive stock on the stock market with a historical price of VND420,000.

In order to attract investor attention, A7 and associates organized many talks about the stock market in 2021, with the main participants being real estate and securities investors, collectively known as the NIK team. In addition to L14, A7 also roped in many real estates codes such as DIG, CEO, SGR, HDC, DRH, NHA, CII, and NBB. These stocks later increased as expected, causing many people to put all their faith in A7. Many investors till now believe in and hero worship A7 as a great guide and are ready to curse those who warn against this character on securities forums.

After hot gaining sessions, the above stocks all fell into a state of decline due to the selling pressure of cut-loss investors who were stuck at high prices. However, on the forums, many members of the NIK team still exhorted other members not to sell off stocks, to keep buying real estate stocks, to stay away from basic industry groups and instead buy real estate with the goal of increasing prices many times over.

Recently, on the securities forum, an investor shared a sad story after investing according to the recommendation of A7. Accordingly, the investor sold the land for more than VND12 billion to invest in a portfolio of real estate stocks suggested by A7 such as DIG, CEO, L14, and NHA. If calculated at the peak price, with this investor buying in 2021 and the beginning of 2022, all stocks in this portfolio recorded a loss of 80 percent to 90 percent. Specifically, L14 fell from VND420,000 to VND37,000, DIG from VND102,000 to VND18,000, CEO from VND100,000 to VND12,000, and NHA from VND75,000 to VND17,000. Therefore, from an initial capital of more than VND12 billion this investor has now only around VND2 billion in his account.

Recently, many investors of the above group of stocks have set up groups with the purpose of gathering opinions to denounce A7 fraud cases through classes on securities investment skills. According to an investor, who suffered a loss after participating in A7 closed key groups in classroom-type sessions, A7 talks only about himself. This person has a special ability to invest in securities, and there are many people who get rich by investing in stocks that A7 shares. But the common point is that all the stocks that A7 suggests for investors are real estate stocks.

At the Extraordinary General Meeting held on October 12, Mr. Nguyen Thien Tuan, Chairman of the Board of Directors of DIG, expressed surprise when the share price dropped sharply to only VND24,000. In response to questions from shareholders about this phenomenon, Mr. Tuan said that his daughter, Mrs. Nguyen Thi Thanh Huyen, had registered to buy 20 million shares of DIG. Mr. Tuan said if after October 30 the DIG share price is below VND30,000, then Mr. Tuan will also register to buy another 10 million shares. After Mr. Tuan's statement, DIG stock price bounced up to VND26,000, but also suddenly fell below VND18,000 in the transaction session on October 31, after the news that the company had suddenly made a loss in the third quarter.

The fact that the two most senior leaders of the enterprise had to sell off their shares made the public question the manipulation of the company's stock prices. According to some experienced investors, this question is well-founded for investors as A7 often hints at the relationship with leaders of DIG. Because of this close relationship, A7 revealed that DIG will have a sudden profit in the last months of this year.

However, according to the third quarter financial report, this business suddenly reported a loss of VND1 billion, while in the same period last year the profit was VND42 billion. According to the 2022 plan, DIG total revenue and pre-tax profit will reach VND5,000 billion, and in order to complete the whole-year plan, DIG fourth-quarter profit must reach VND1,700 billion.

At the Extraordinary General Meeting of Shareholders, DIG announced a plan to issue shares to existing shareholders at a price of VND15,000. Whereas before, at the 2022 Annual General Meeting of Shareholders held at the beginning of the year, DIG Board of Directors planned to issue at a price of VND30,000, then reduced to VND20,000, and now it is VND15,000. If the issuance is successful, DIG will raise an additional VND1,500 billion to supplement capital for investment activities.

Speaking at the 2022 General Meeting of Shareholders of the time when DIG shares were strong, Mr. Tuan said that the mobilization of VND1,500 billion was not due to a lack of capital, but to meet the investment needs of super projects. Because DIG currently has more than VND2,200 billion in deposits, it is expected that by early 2023, there will be an additional VND5,000 billion. DIG is holding about 22 real estate projects and plans to open more investment channels to develop real estate in industrial zones and some new long-term projects.