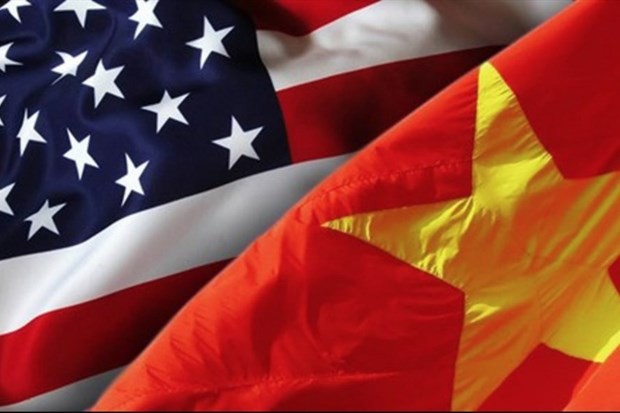 Vietnam-US trade ties have enjoyed impressive growth (Source: laodong.com.vn)
Looking back at the past 20 years in international trade, there is no relationship which has such a fast growth rate like that of the Vietnam-US trade relationship, said Nguyen Xuan Thanh, senior lecturer at Fulbright School of Public Policy and Management in Vietnam.
Prof. David Dapice, leading expert on development economics in Southeast Asia, Harvard Kennedy School, Harvard University, used the word “spectacular” to describe the development of economic cooperation between Vietnam and the US.
Two-way trade rose from over US$400 million in 1995 to more than US$90 billion in 2020.
Vietnam’s total export turnover to the US from US$1 billion in 2000 increased to US$10 billion in 2007, mainly thanks to the bilateral trade agreement taking effect in 2001. After 2007, Vietnam's exports continued to increase, partly due to the shift in the global supply chain, as foreign investors entered Vietnam to take advantage of cheap labour, David Dapice stated.
Over the last five years, Vietnam’s export value to the US has increased by 230 percent, while exports from the US to Vietnam have also jumped 175 percent. The US has become Vietnam's largest importer, while the latter has become the former’s 10th largest trading partner.
Deputy Foreign Minister Nguyen Quoc Dung emphasized that the Vietnam – US relations have made significant strides since 1995, with the most salient aspect being the economic cooperation. With a comprehensive partnership, trade and investment flows from the US have paved the way for Vietnam to further its international economic integration and gradually boost growth, thereby moving away from the status of a less developed to a middle-income country.
For US businesses, Vietnam’s fast-growing market of 100 million people with a young, industrious workforce seems to be highly promising. The country’s increasing demands for development and its being situated in one of the most dynamically growing areas of the world also offer great opportunities likewise.
Meanwhile, the US, as the biggest importer in the world with abundant capital and technology, is a potential destination for Vietnamese exporters.
What is more important is that the governments and business communities of both countries want to promote economic and trade cooperation.