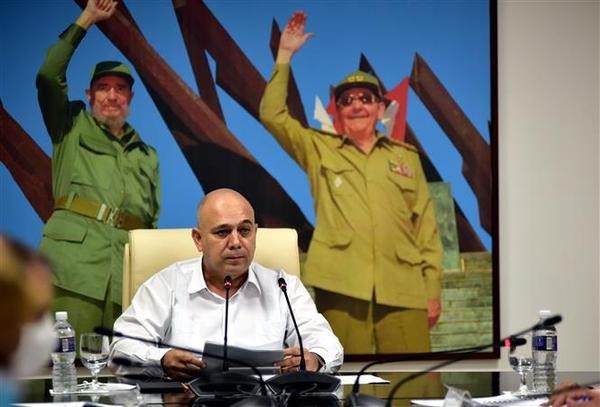 At the talks, Thuong informed the Cuban official about Vietnam’s achievements in the Covid-19 fight and socio-economic development, as well as the country’s efforts in implementing the Resolution adopted at the 13th National Party Congress, especially in Party building and rectification, and the combat against corruption and other negative phenomena.
He also spoke of the important contents approved at the recent fifth plenum of the CPV Central Committee.
Such achievements reflect the solidarity and high consensus within the Party, the entire people and army, helping to raise public confidence in the Party’s leadership, Thuong noted.
For his part, Morales Ojeda congratulated Vietnam on the achievements, and expressed his belief that under the leadership of the CPV, Vietnamese people will successfully achieve targets set at the 13th National Party Congress.
He briefed Thuong on Cuba’s strategies and policies on various aspects, along with priorities in updating its socio-economic development models in the time ahead.
The Cuban official emphasized the significance of high-level visits by leaders of the two countries in recent years, including the State-level visit to Cuba by Party General Secretary Nguyen Phu Trong in March 2018, the visit to Vietnam by First Secretary of the PCC Central Committee and President of Cuba Miguel Díaz-Canel Bermudez in November the same year, and the official visit to Cuba by President Nguyen Xuan Phuc last September.

At the online talks between the Vietnamese and Cuban Party officials. (Photo: VNA)
The two sides discussed orientations and measures to further implement cooperation agreements in different spheres like health care, agriculture, fishery, bio-technology and renewable energy, as well as specific projects.

Thuong reaffirmed the consistent policy of the Vietnamese Party, State and people that is supporting the just revolutionary cause of Cuba, and noted his belief that under the leadership of the PCC, Cuban people will successfully update their socio-economic model, opening up a new development period.
The officials also exchanged views on the regional and international situation, and issues of shared concern.