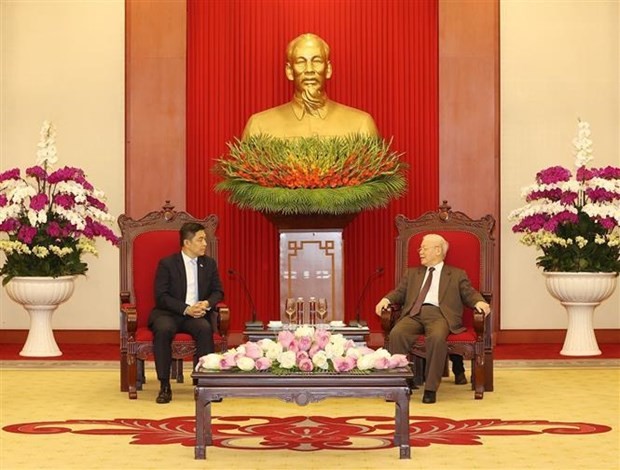 General Secretary Trong reiterated Vietnam’s foreign policy of being a friend, a reliable partner, and an active, responsible member of the international community.

The Party chief agreed on the significance of expanding the bilateral relations between the people of the two nations, and suggested Singapore further support the Vietnamese community in the city-state.

Speaking highly of the outcomes of the talks between the Speaker and National Assembly Chairman Vuong Dinh Hue, the Party leader said the two legislatures should continue to perfect laws and mechanisms, and take specific measures to boost their cooperation.

The General Secretary also noted his belief that the Singaporean Speaker’s visit will be a milestone in the bilateral relations as the two countries are looking towards the 50th founding anniversary of diplomatic ties and 10 years of the establishment of the strategic partnership in 2023.

For his part, Tan congratulated Vietnam on hosting the 31st Southeast Asian Games (SEA Games 31) amid difficulties caused by the Covid-19 pandemic, saying Vietnam has offered a warm welcome to sports delegations, their families and international guests to the biggest regional sports event.

He said the Vietnam-Singapore strategic partnership is thriving, and that Singapore attaches importance to developing the relations, promoting the achievements, and expanding cooperation in such areas as digital technology, climate change response and sustainable development.

People-to-people exchange would be an important foundation for the relationship, he suggested.