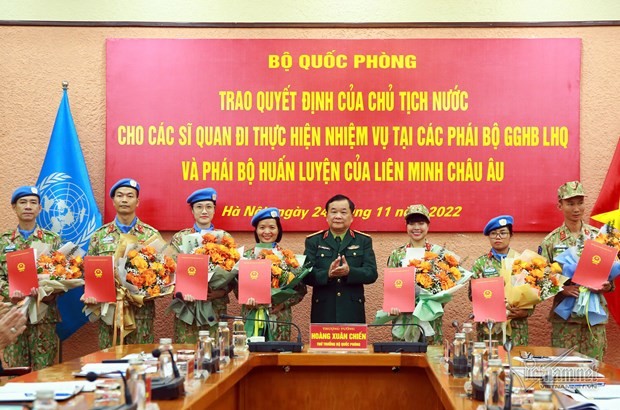 Among the seven, two are assigned to the European Union Training Mission in Central African Republic for the first time.

Another two will join the UN mission in South Sudan, replacing two Vietnamese officers who have completed their term.

Two other officers will take up duty at the UN mission in Central African Republic, and one will go to the United Nations Interim Security Force for Abyei (UNISFA).

On behalf of the Central Military Commission and the Defence Ministry, Sen. Lt. Gen. Hoang Xuan Chien asked the officers to strictly follow the viewpoint and policy on external relations of the Party, State and army, uphold the fine tradition of the Vietnam People’s Army and well perform assigned duties and tasks.