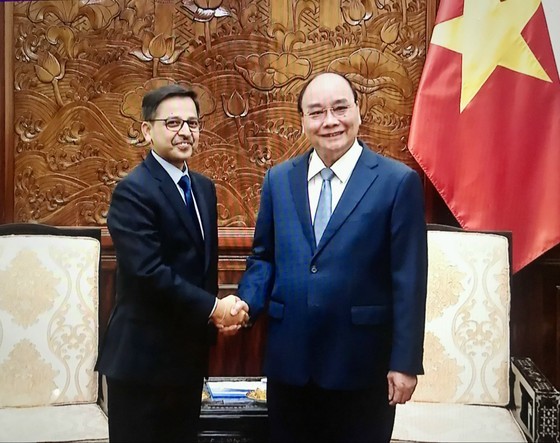 President Nguyen Xuan Phuc (R) receives Indian Ambassador Pranay Verma at the meeting in Hanoi on September 20 (Photo: SGGP)
The President emphasized that Vietnam consistently attaches importance to relations with India, which has also given precious support to Vietnam, adding bilateral ties are always sincere and their comprehensive strategic partnership has been growing fast.
Despite the Covid-19 pandemic, bilateral trade rose 18 percent to US$13.21 billion in 2021 from US$11.2 billion in 2019, and it could surpass US$15 billion this year. There remains huge potential for both countries, and they should keep working to increase their trade turnover, he noted. 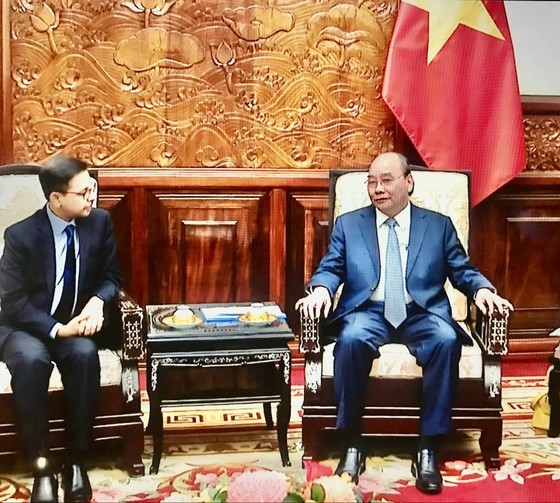 President Nguyen Xuan Phuc (R) and Indian Ambassador Pranay Verma (Photo: SGGP)
President Phuc said Vietnam highly values the 320 FDI projects worth US$1 billion from India and hopes for more investment from Indian enterprises in sectors such as processing - manufacturing, information technology, green energy, high-tech agriculture, infrastructure, and tourism.
He went on to say that Vietnam supports India’s “Act East” policy and hopes India will continue supporting ASEAN and Vietnam’s stance on the East Sea issue, which is ensuring navigation and overflight safety and peacefully resolving disputes in line with international law, including the 1982 United Nations Convention on the Law of the Sea (UNCLOS). 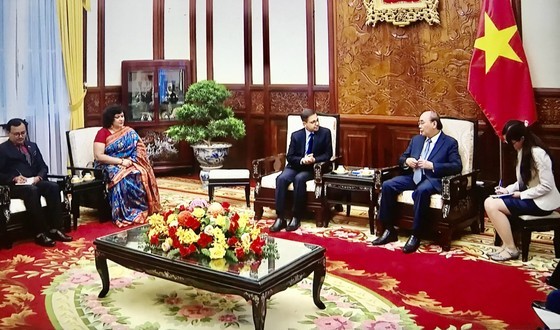 At the receiving ceremony (Photo: SGGP)
The State leader expressed his belief that Verma will continue making contributions to the two countries’ relations.
For his part, the ambassador voiced his delight at achievements in various spheres of the Vietnam - India comprehensive strategic partnership.
He recalled the Vietnam-India Virtual Summit in December 2020 and the adoption of a joint vision statement for peace, prosperity and people, adding that he hopes mutual high-level visits will be stepped up.
Noting Indian leaders highly value relations with Vietnam, Verma held that the two countries should continue promoting bilateral ties in multiple areas, capitalize on potential and advantages, and boost people-to-people exchanges. 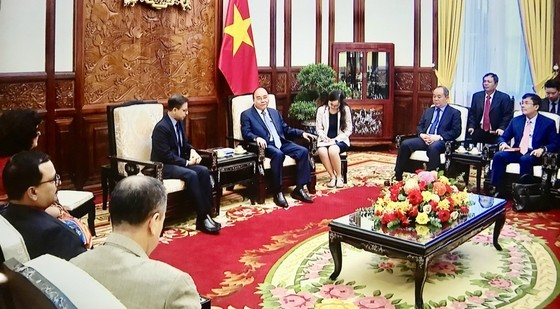 At the meeting (Photo: SGGP) 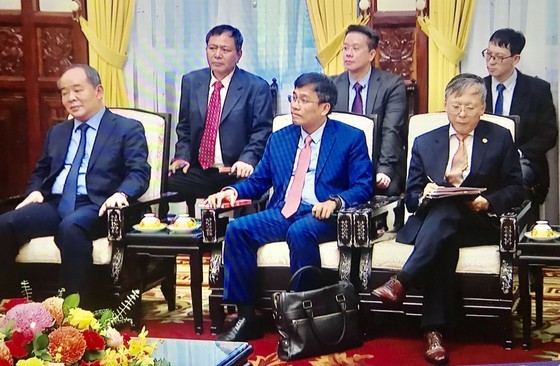 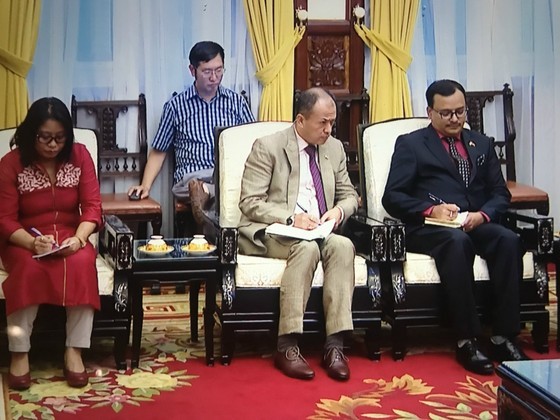 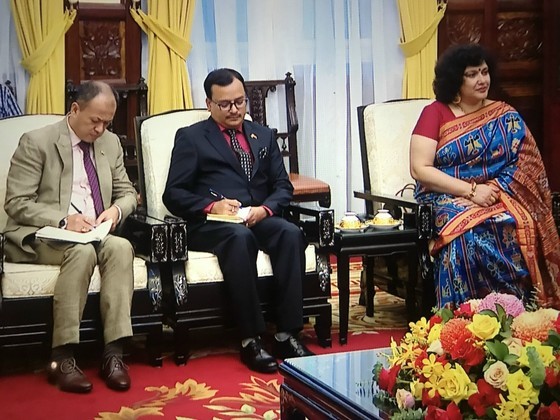