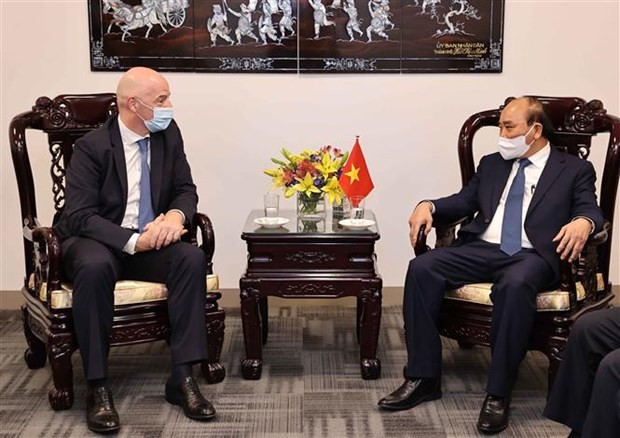 At the reception, Phuc thanked Infantino for his support for Vietnam and its football.
Both host and guest recalled the FIFA President’s visit to Vietnam to congratulate the country’s U23 team after they won a silver medal at the 2018 Asian Football Confederation (AFC) U23 Championship in Changzhou, China.

Agreeing with Infantino that football is among the most effective cultural bridges between countries' people, thus contributing to the world peace, Phuc asked FIFA continue cooperating with and assisting the Vietnam Football Federation (VFF) in developing the sport and improving the position of local football teams.

The FIFA President vowed to further collaborate closely with and support the VFF and wished to soon visit the nation again.