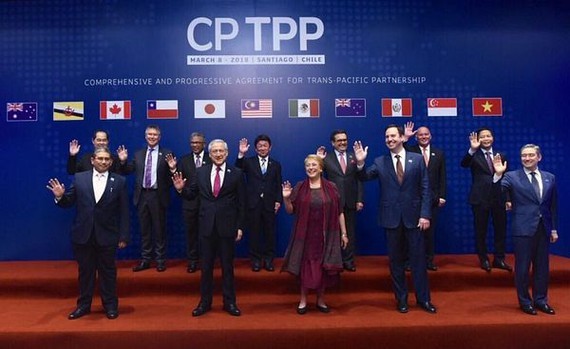 The first factor in support of the CPTPP is that President Joe Biden personally wants to revive it because he was responsible for first drafting its strong implementation when he was the Vice President of the United States during the term of Mr. Barack Obama. President Joe Biden was very much involved in shaping the terms for the Trans Pacific Partnership (TPP), and once during a debate in Detroit in January 2019, with his democratic opponents, he said that he would renegotiate the TPP once he became the president.

During the election, President Joe Biden told the Council on Foreign Relations that although the TPP is not a perfect agreement, it is a good way for countries to come together to curb the excesses being inflicted by China. Therefore, it is clear that President Joe Biden wants very much to pursue his earlier intended plans for the TPP to be renegotiated once again on fresh terms. Even if he does not bring back the US into a TPP deal, he may support it. President Joe Biden would also like to keep his promise to his US voters and leave a possible opening for renegotiating to once again rejoin the CPTPP.

The second factor is that the features of the CPTPP are essentially very close to the original TPP, minus some 22 articles directly related to the US in it being suspended from the agreement, and being able to rejoin if the US chooses to participate. Therefore, there are no legal obstacles in the contents for the US to return to the CPTPP. The CPTPP is also evaluated by all parties involved in the negotiation and signing is fair and mutually beneficial to all members. If America rejoins, they will have a key role in accelerating progress, transforming and raising the level of the TPP as a new Free Trade Agreement (FTA), which could create a framework for international economic cooperation across the globe. Therefore, the US cannot ignore the benefits that CPTPP will bring to the US when the 22 TPP provisions that still prevail in the CPTPP are reconsidered.

The third factor is that the CPTPP as an open free trade agreement has increased the prospects of expanding to include the UK, South Korea, Thailand, and many other countries. On 1 February this year, the UK Trade Minister Liz Truss officially proposed to his Japanese and New Zealand counterparts to join the CPTPP. This move means the UK can become the first country to officially register to participate in the CPTPP. Again in January this year, the South Korean government announced that it would make efforts to join the CPTPP. Thailand, the Philippines, and Indonesia have also  expressed their interest in joining the CPTPP.

The CPTPP is being very closely watched by China. In May 2020, the Chinese Prime Minister Li Keqiang addressed the National People's Congress to say that China was maintaining a positive and open attitude towards CPTPP. At the 27th APEC online conference in November 2020, the Chinese President Xi Jinping affirmed that he would actively consider joining the CPTPP and that China had already started informal negotiations with CPTPP participants.

Therefore, in the future, the CPTPP is likely to surpass TPP and the return of the US to actively participate may be a necessary choice for the US so as to successfully pivot Asia-Pacific strategy, contribute towards economic growth, and ensure free navigation in the East Sea. This dynamic has intensified in the context of the China led Comprehensive Economic Partnership (RCEP), which was signed in November 2020. The world's largest economy, with ten ASEAN countries and five other countries in the Pacific, including China, South Korea, Australia, Japan and New Zealand, account for about 30% of the world's population and 30% of global GDP.

It is also important to reiterate that in 2020, the US democratic party of President Joe Biden declared they would not negotiate any new trade deals before improving US competitiveness at home. This message showed that the possibility of rejoining the CPTPP for the US, under President Joe Biden’s administration will not happen quickly, but perhaps inevitably in coming time. When this happens, it will bring more opportunities for the US to build economic alliances in the region and also help curb China in its self-nationalist moves in many ways.