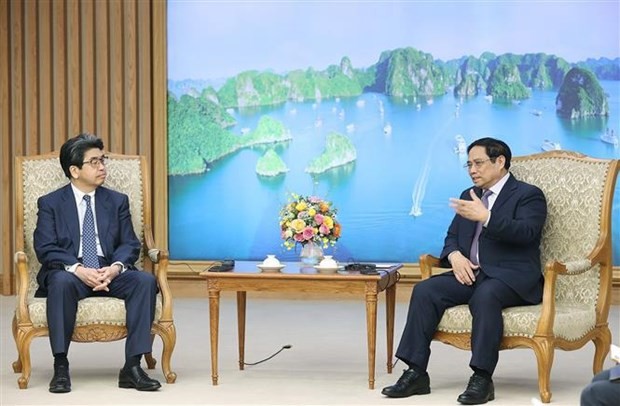 Japan has so far provided nearly US$30 billion in ODA for Vietnam while about 350,000 Vietnamese laborers are working in the Asian country. Japan now has 4,873 valid projects worth over $65 billion in Vietnam. Two-way trade reached $42.7 billion in 2021 and rose by 11.9% annually the first half of this year to $23.4 billion, according to the government leader.
Vietnam always regards Japan as a top, long-term strategic partner and supports Japan's contributions to peace and development in the region and the world as well, he said. 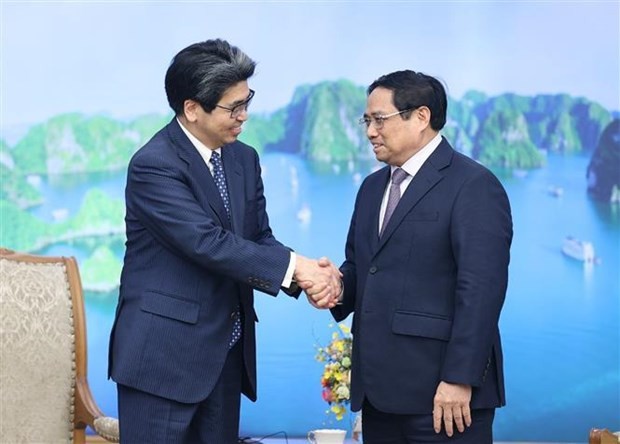 He expects that more priority would be given to Vietnam to deliver on its commitments to reduce greenhouse emissions to zero by 2050 as well as access the $10-billion aid package committed by Japanese PM Kishida Fumio at the 26th United Nations Climate Change Conference of the Parties (COP26).

On the occasion, PM Chinh hoped JBIC and the Japanese Government will work with parties concerned to deal with issues related to Nghi Son oil refinery project in the spirit of “harmonized interests, shared risks”.

Agreeing with the PM’s proposals, Nobumitsu hailed Vietnam as an attractive destination for Japanese investors and the top priority of JBIC.

He promised that JBIC and Japan will actively partner with Vietnam in climate change response, especially energy transition and renewable energy development via assistance in terms of capital, technology and workforce training.

The Governor also vowed to work with relevant agencies to deal with issues related to the Nghi Son oil refinery project as directed by the PM, and continue launching practical initiatives to intensify the Vietnam-Japan extensive strategic partnership.