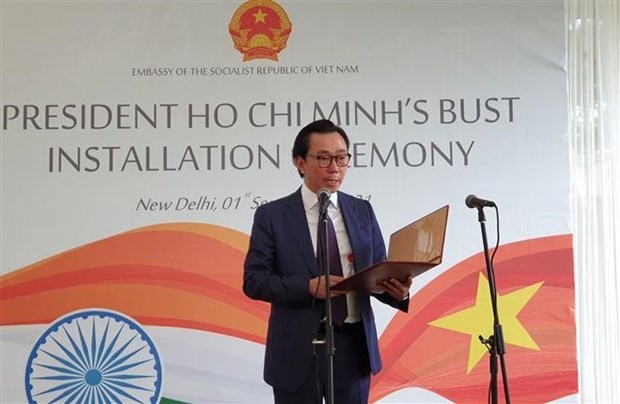 This is one of the final stages to prepare for the inauguration of the monument to the late leader in New Delhi - part of Prime Minister Pham Minh Chinh's official visit to India slated for the end of 2021 to celebrate the 50th anniversary of the establishment of bilateral diplomatic relations.

Attending the ceremony were Secretary of State of the Indian Ministry of Foreign Affairs Meenakshi Lekhi, representatives from the New Delhi government, ambassadors and chargés d’affaires of ASEAN countries, representatives of the Vietnamese community in India and many organisations and trade unions of the host country. 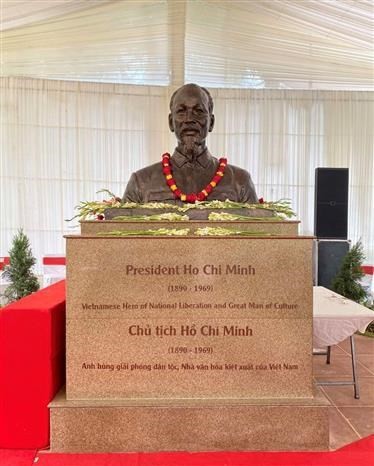 Vietnamese Ambassador to India Pham Sanh Chau said that the bust is a symbol for the close relationship nurtured by generations of the two countries’ leaders.

The bronze bust is in a 4,700sq.m park, located in the diplomatic corps.