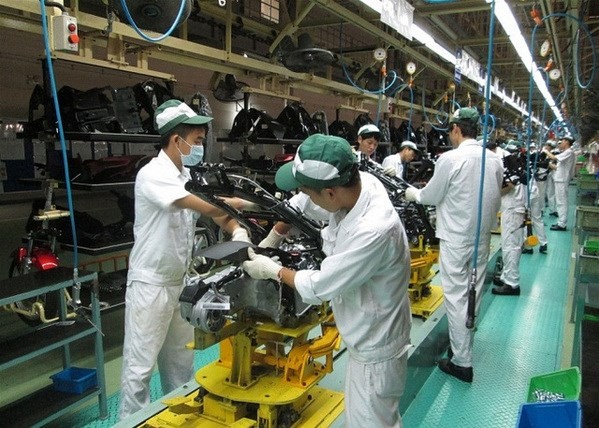 Illustrative image. (Photo: VNA)
The country raked in $15.41 billion in FDI during the period, a year-on-year decline of 7.1 percent, according to the Foreign Investment Agency (FIA) under the Ministry of Planning and Investment.

Newly-licensed capital has yet to rebound after disruption caused by the Covid-19 control measures, explained FIA Director Do Nhat Hoang. Meanwhile, many major projects have received additional investment, he said, adding that the extra capital accounted for up to 62.6 percent of the seven-month FDI.

The FIA also announced that processing and manufacturing lured the largest share of FDI, more than $10 billion, accounting for 64.3 percent of the total. The real estate came second with over $3.21 billion, or close to 20.7 percent.

Singapore led the 88 countries and territories investing in Vietnam with $4.3 billion, making up 27.7 percent of the total FDI. It was followed by the Republic of Korea with $3.26 billion, equivalent to 21 percent.