The bilateral trade in the first 10 months of last year hit US$10.34 billion, a year-on-year rise of 17.98 percent, according to Dr. Vu Thuy Trang, Director of the Centre for Russian and CIS Studies at the Institute for European Studies under the Vietnam Academy of Social Sciences.

The seminar, which brought together more than 20 Vietnamese and Russian scholars, looked into trade and investment cooperation outcomes between the two countries since the free trade agreement between Vietnam and the Eurasian Economic Union (EAEU) came into force in October 2016. 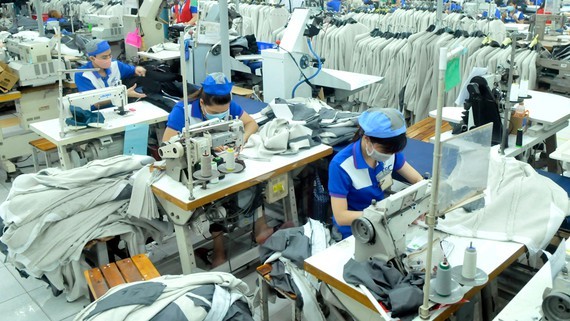 Trade between Vietnam and Russia in the first 10 months of last year hit US$10.34 billion, a year-on-year rise of 17.98 percent. (Illustrative photo: SGGP/ Cao Thang)

The participants also pointed out limitations and proposed solutions and recommendations for boosting the ties.
Many said Vietnam’s export revenue to the EAEU has still remained modest as compared with their potential.

Vietnam has signed an array of FTAs with countries worldwide and posted marked economic growth, they said, noting that there are ample room for Vietnam and Russia to step up their economic and trade links.