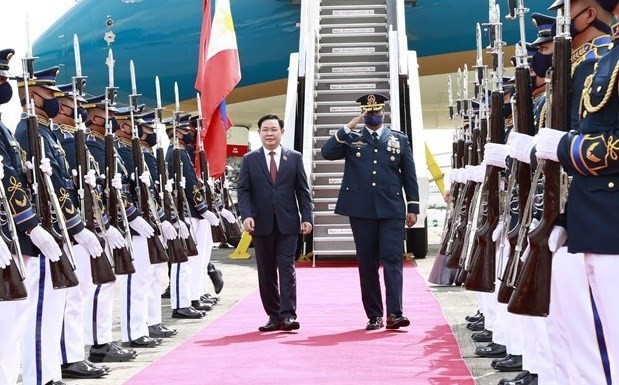 In an interview granted to the Vietnam News Agency, Chung noted this trip is the first official visit to the country by an NA chairperson of Vietnam after 16 years and also the first by a foreign parliamentary leader to the Philippines after the country successfully held the general elections in May 2022 and elected new leaders to its House of Representatives and Senate. It also marks the resumption of high-level mutual visits between the two countries after a hiatus caused by the Covid-19 pandemic.
The visit reflects Vietnam’s respect for the new leadership of the Philippines and the countries’ strategic partnership, especially after they celebrated the 45th anniversary of diplomatic relations in 2021 (July 12). It is also a vivid demonstration of the traditional and sound friendship between the two nations, including their legislative bodies, helping strengthen political trust and promote bilateral cooperation in different spheres and mark a memorable milestone in the strategic partnership, he said.

According to Chung, in the recent past, the Vietnam-Philippines relations have maintained an upward trend despite substantial difficulties caused by the pandemic.

In terms of politics, meetings, discussions, and exchanges of messages and letters have been maintained between their senior leaders.

At the phone talks between Vietnamese Prime Minister Pham Minh Chinh and Philippine President Rodrigo R. Duterte in mid-July 2021, they agreed to further intensify the strategic partnership through trust building and mutual support amid the pandemic-triggered trying times. Particularly, Vietnam’s commitment to sustain stable and sufficient rice supply for the Philippines in any circumstance was highly valued by the Philippine leader and people. Most recently, in November 2022, PM Chinh met Philippine President Ferdinand Marcos Jr.  on the sidelines of the 40th and 41st ASEAN Summits in Cambodia, while President Nguyen Xuan Phuc also met the Philippine leader at the APEC Economic Leaders’ Meeting in Thailand. The two sides agreed to step up consultation and coordination to develop the strategic partnership in an increasingly substantive manner. 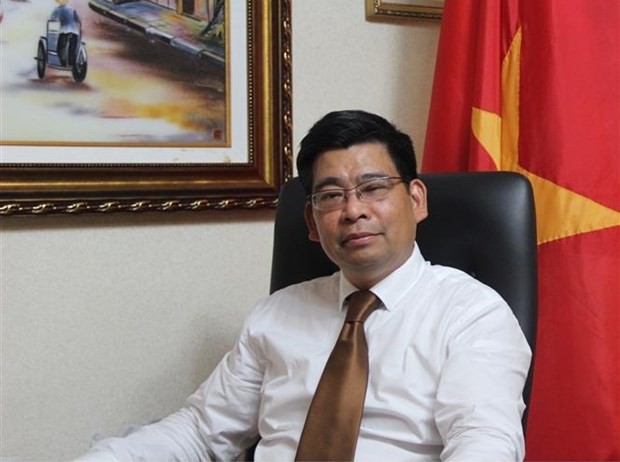 However, investment ties remain modest as the Philippines currently ranks 28th among the 140 countries and territories investing in Vietnam, with total investment of about US$650 million. Meanwhile, Vietnamese firms have invested just US$4 million into the Philippines, according to the ambassador.

Cooperation in education, tourism, labour, and people-to-people exchange are gradually recovering after the pandemic, contributing to the strategic partnership.

The diplomat went on to say that parliamentary relations form an important part of Vietnam’s diplomatic ties with other countries.

Due to the Covid-19 pandemic, the parliaments of Vietnam and the Philippines have had few chances to hold mutual visits over the last two years, and they also haven’t signed any cooperation agreement. However, bilateral meetings have still been maintained on the sidelines of international and regional inter-parliamentary conferences.

Chairman Hue’s official visit will be a significant landmark and boost high-level delegation exchanges after the pandemic, Chung said, noting that it reflects Vietnam’s drastic and proactive moves to implement the foreign policy of independence, self-reliance, multilateralisation and diversification of external relations, and readiness to be a friend and trustworthy partner of other countries, with great importance attached to neighbouring and ASEAN countries.

He expressed his belief that in the coming time, the Vietnam - Philippine relations will keep developing comprehensively and fruitfully, thereby generating practical benefits for the two peoples and considerably contributing to peace, stability, cooperation, and development in the region and the world at large.