It is the second devastating blaze in just a month in the advanced country, Asia’s fourth-largest economy.

Videos posted on social media showed a patient hanging on to a rope dangling from a helicopter above the hospital in Miryang, and another crawling out of a window to climb down a ladder.

The six-storey structure housed a nursing home as well as the hospital, and the National Fire Agency said 33 people had been killed, with 13 critically injured.

"Two nurses said they had seen fire suddenly erupting in the emergency room," said fire chief Choi Man-Woo, but the cause of the blaze was not immediately known.

All the patients had been brought out, he said, adding that evacuating 15 patients from the intensive care unit on the third floor took longer as firefighters had to wait for medical staff to supervise the process.

"The victims came both from the hospital and the nursing home," he said.

"Some died on their way to another hospital."

Survivors were brought out wrapped in blankets, and firefighters picked their way through the blackened shell of the building after the blaze was extinguished.

Around 200 people were in the Sejong Hospital building when the fire broke out, police said.

The fire came only a month after 29 people were killed in an inferno at a fitness club in the South Korean city of Jecheon -- a disaster blamed on insufficient emergency exits, flammable finishing materials and illegally parked cars blocking access to emergency vehicles.

Friday’s fire is South Korea’s worst since 2008, when a blaze at a warehouse in the city of Incheon killed 40 workers.

The worst fire ever in modern South Korea was an arson attack on a subway station in the southeastern city of Daegu in 2003 that left 192 people dead and nearly 150 injured. 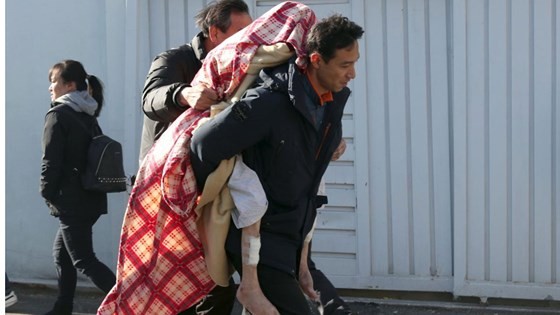 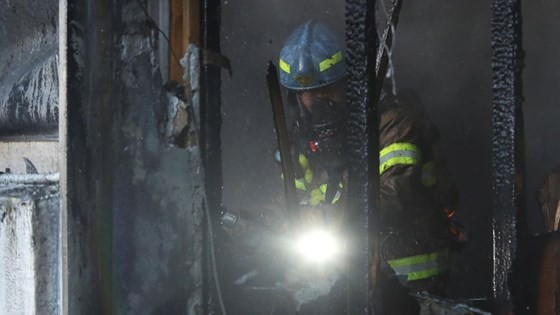 33 people killed in a blaze hospiral in South Korea firefighters