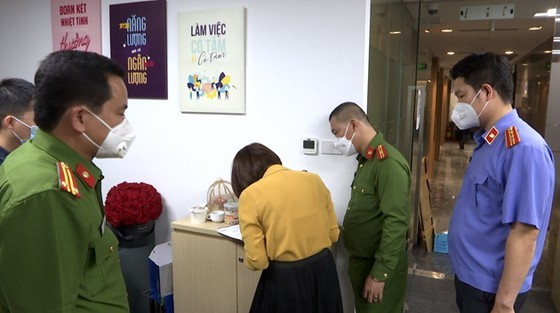 From December 1, 2021, to January 10, 2022, Trinh Van Quyet directed his family members or individuals with close relationships to administrate employees of BOS Securities Joint Stock Company and its subsidiaries and satellite companies to use 20 securities accounts of 11 credit institutions. These accounts colluded with each other to continuously buy and sell securities at great frequency, aiming to create artificial supply and demand. 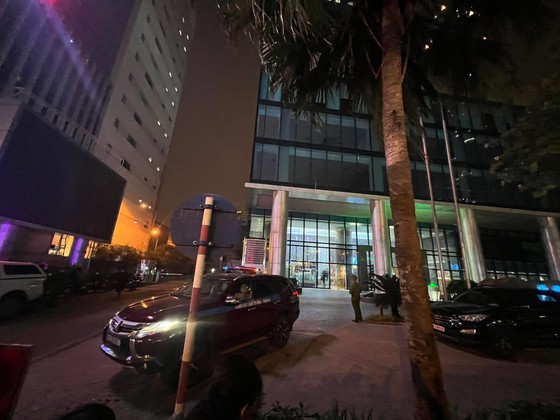 The representative of the Supreme People's Procuracy coordinates to search the workplace of the accused Trinh Van Quyet. (Photo: SGGP)
Trinh Van Quyet then assigned his family members to place an order to sell 175 million FLC shares and successfully sold 74.8 million FLC shares at the price of VND22,586 per share but did not disclose information before the transaction, for the amount of nearly VND1.69 trillion (more than US$74.22 million), illegally collected an amount of about VND530 billion. With the above trick, on January 10, when the Ho Chi Minh City Stock Exchange (HOSE) uncovered the above act and reported it to the State Securities Commission of Vietnam (SSC), then issued a decision to freeze securities accounts at securities companies in the name of Trinh Van Quyet. A day later, the SSC requested to cancel the sale of 74.8 million FLC shares. On January 18, the SSC fined Trinh Van Quyet VND1.5 billion and suspended his securities activities for five months for the above act. Despite his wrongdoings being unveiled, Trinh Van Quyet still coped with the authorities and assigned his relatives to use the securities accounts opened at BOS Securities Company to continuously place orders to buy FLC shares in large quantities in order to push up the price of FLC shares, creating artificial liquidity. FLC's share price was boosted from VND12,100 per share to VND14,550 per share on March 22. The C01 determined that Trinh Van Quyet's acts had essential elements to constitute the crime of manipulating the stock market, specified in Article 211 of the Penal Code. Initially, the C01 prosecuted the accused and ordered the arrest and detention of Trinh Van Quyet. At the same time, it organized searches of residences and workplaces of related subjects at 21 locations on the evening of March 29. Regarding some individuals involved in this case, a leader of the C01 told SGGP Newspaper that the prosecution of Trinh Van Quyet was the first step. The investigation process cannot be completed quickly, and there will be official information in the near future.
By Gia Khanh – Translated by Thuy Doan