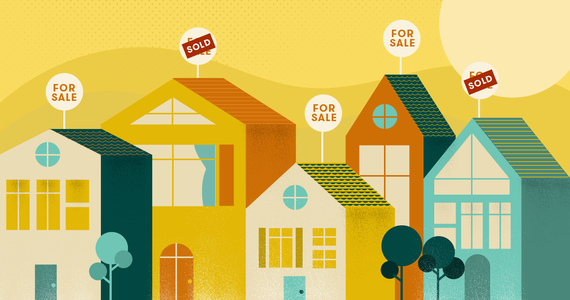 The Covid-19 pandemic, procedural delays for projects, and the State tightening of credit for businesses have all added to slow market transactions. Even though house prices have fallen, they seem high compared to the current slack purchasing power. Despite the many efforts of the Government and localities to market low-cost housing projects to meet the needs of low-income workers, the scenario is not changing for the better.

Recently, Mr. Huynh Thanh Khiet, Deputy Director of the Ho Chi Minh City Department of Construction, reported problems to the People's Committee of Ho Chi Minh City related to 18 housing projects, and recommended that the city direct relevant departments to work together to remove difficulties and accelerate the pace of these projects.

This is not the first time that departments and associations have complained about delays in housing projects, cumbersome procedures, and overlapping policies. Earlier, Mr. Le Hoang Chau, Chairman of the Real Estate Association of Ho Chi Minh City had named hundreds of housing projects that are currently entangled in procedural bottlenecks. The People's Committee of Ho Chi Minh City has also set up a working group to meet weekly to review and solve difficulties of such projects, but the results are not as expected.

Difficult and cumbersome investment procedures are causing delays in projects leading to serious consequences for businesses, such as interest rate expenses, maintenance of an entire apparatus, and compensation for violations of commitments with customers. However, when these difficulties are resolved, enterprises will invest in construction and bring products to the market. According to a report by the Vietnam Real Estate Brokers Association, real estate transactions nationwide in the last nine months have fallen to the lowest level in recent years. Cash flow in the market continues to be squeezed by banks, and demand to buy houses has decreased substantially, although the paradox is that housing prices have continued to rise.

During the first nine months of 2022, Ho Chi Minh City and the Southeast regions have 31 apartment projects that are open to sell in the market, including six new projects and 25 projects that will be ready for sale in the next phase. The new supply in the whole market is about 4,783 products, from which successful trading was done for 2,531 products, while the absorption rate in the market has reached 52 percent. In the last nine months in Ho Chi Minh City and the Southeast region, there were 30 townhouses and villa projects open for sale. New supply totaled 3,081 products and successfully traded 1,449 products, with the absorption rate at about 47 percent.

Representatives of many brokers spoke with Saigon Investment that transactions are quite slow, and not only in investment and speculative segments in remote provinces that need financial leverage but also in completed projects in Ho Chi Minh City. The number of transactions in these completed projects is still very limited. Mr. Duy, director of a real estate floor, shared that credit from banks is more open than before, but although customers have real housing needs and the projects have been completed, but most of these customers are still hesitant to buy. Mr. Duy said that when they researched this situation, they learnt that the problem was in repaying customer loans due to fear of unstable incomes in the near future.

Recent studies show that the demand in the market is low, and the absorption rate in popular projects is around 25 percent to 60 percent, but the selling price of real estate in the primary market is at an average price increase of 5 percent to 8 percent, especially in the eastern part of Ho Chi Minh City, where the average selling price has increased by 12 percent to 16 percent.

The latest survey of DKRA Vietnam shows that the townhouses and villas segment recorded seven projects launched for sale in the third quarter, providing about 374 units to the market, and down 36.8 percent compared to the second quarter. New supply is mainly concentrated in Da Nang, accounting for 48.1 percent of the total market supply. The ratio of consumption to new supply reached about 47 percent equivalent to 177 units, down 62.7 percent compared to the previous quarter.

In general, the primary selling price level increased by 1 percent to 6 percent between opening and selling phases of 3 months to 6 months apart. In the resort villa segment, the market did not record new opening in supply. Most of the supply came from inventories that were opened for sale in previous years. The reason is due to the influence of credit control and the general difficulties of the macro economy, which has led to a sharp decrease in consumption, and slow market liquidity.

In some projects there are almost no transactions. The primary selling price level did not change much compared to the second quarter but increased by 8 percent to 10 percent over the same period last year. Mr. Pham Lam, Chairman of DKRA Vietnam, said that the main reason for the price increase came from the cost of input materials, inflation, and rising interest rates.

Developing affordable housing to meet the needs of low-income workers is a humanitarian policy of the Party and Government. Recently, the People's Committee of Ho Chi Minh City launched a plan to develop 1 million affordable houses for workers from now until 2025.

To solve this problem, the Department of Construction in Ho Chi Minh City has submitted a plan with many solutions. This calls for a general review of all vacant land, unruly land areas, and proposed recovery or change of purpose for social housing. In addition, the People's Committees of districts have been assigned to actively build social welfare funds to serve the resettlement arrangement plans.

In the immediate future, the Government is determined to develop the resettlement land area of 15 hectares in Vinh Loc B commune in Binh Chanh district to build a complex for social housing. In addition, Ho Chi Minh City has also implemented the construction of 25 social housing projects with 30,000 apartments.

Although the government is making strong concerted efforts to reduce housing prices, the reality of the market is still unclear. The fact is that if inadequacies in land policies, investment procedures, as well as credit policies for investors and homebuyers are not resolved in time, the dream of settling down a large majority of people will be difficult to realize.