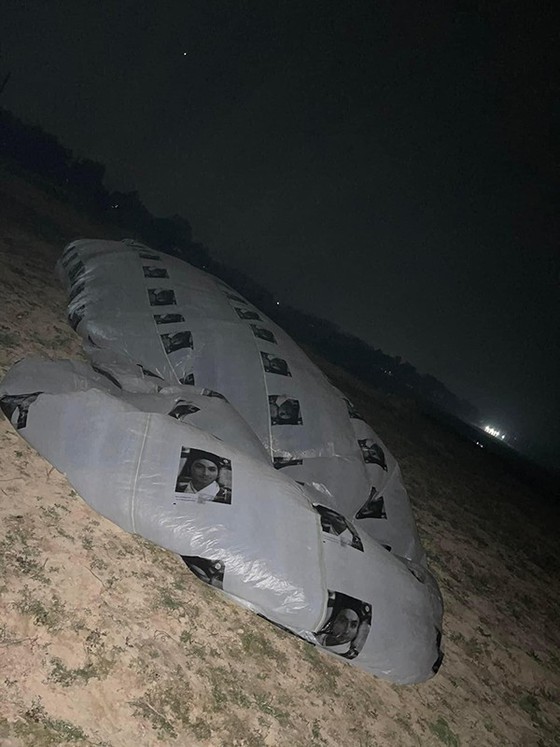 The strange object is a hot air balloon

Regarding a "strange" object falling into the area of Dong Thanh Commune in Phu Tho Province’s Thanh Ba District, a representative of Thanh Ba district People's Committee said that through initial verification, this object is about one meter in diameter with the length of more than 10 meters.

It is like a hot air balloon. Inside this object is a piece of paper with Myanmar characters and a few Myanmar papers. Through translation, the content of the words said, this is a hot air balloon released from Kayin, Karen state, Myanmar on the occasion of Karen New Year (January 2) with the desire to send good luck to everyone.

The release of hot air balloons is very popular during the New Year and the Thidingyut festival. 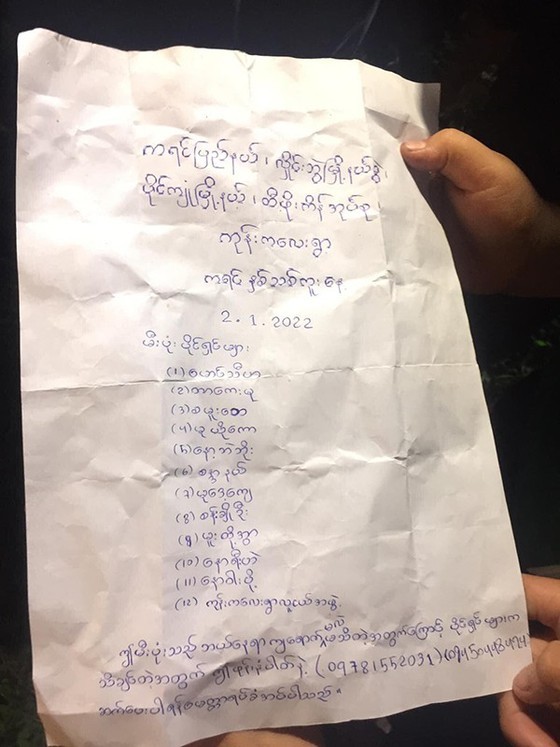 Paper with good wish inside the ballon
This hot air balloon has been moved to the warehouse of Dong Thanh Commune People's Committee. Chairwoman of Dong Thanh Commune People's Committee Vi Thi Lan said that local authorities are focusing on increasing information so that people know that this object is not a dangerous object and has nothing related to charms, enchantments, or superstition.

Prior, dwellers in Dong Thanh Commune discovered a flying object, falling in a village field, so they reported it to the local government. After that, some people took pictures and video clips of this object and put it on many social networking sites spreading the image of a strange object. As a result, it has gone viral with many comments.