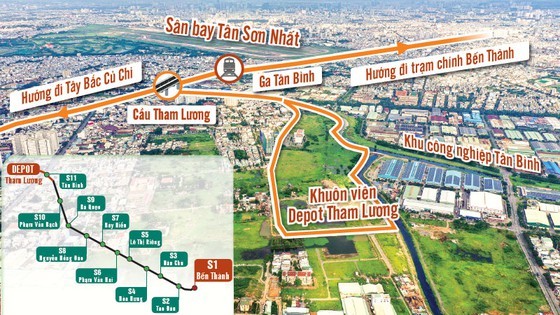 The map of Metro line 2
Nearly 99 percent of site clearance in districts of 10 and Tan Binh where the metro line No.2 will run across has been completed.

The site clearance for the whole route currently reaches 78.61 percent. Specifically, 474 out of 603 households affected by the project have handed over their land.
The process of site clearance has been slowly carried out from the beginning until date due to districts’ compensation adjustment.
The MAUR finished signing Memorandum of Agreements (MOA) with busineses, investors, contractors and relevant units, and selected designs and decorations of metro system networks, lines, and stations.
The metro design is expected to be completed in June and July to submit for competent departments’s assessments.
The MAUR has proposed the People’s Committee of HCMC to assess designs of technical infrastructure items to speed up the approval process.
The Government has delegated the Ministry of Finance to conduct and coordinate with relevant units to carry out procedures on loan assessment process, determining financial mechanism, negotiating credit agreements and signing loan agreements and then give the People’s Committee of HCMC implementing instructions.
The MAUR will send letters of invitation for bids to contractors and begin relocation of technical infrastructure system from now until the end of this year.
The Metro Line 2 which runs across districts 1, 3, 10, 12, Tan Binh and Tan Phu has a total length of 11.3 km, including a 2km elevated section and 9.3km underground, and 11 stations including 10 underground and 1 elevated. The project was approved with a total investment of VND47, 890 (US$2 billion). The much expected project of citizens is scheduled to be built in 2026. 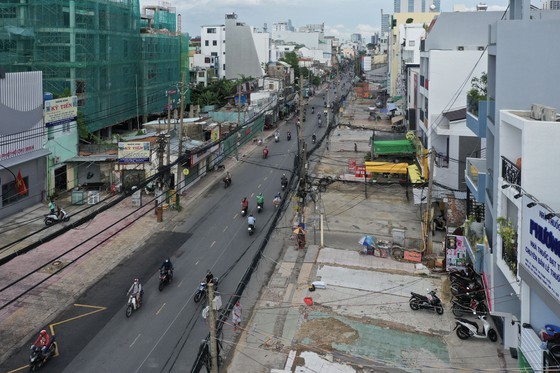 Hundreds of affected households on Cach Mang Thang Tam Street in District 10  have handed over their land for the project. (Photo: SGGP)