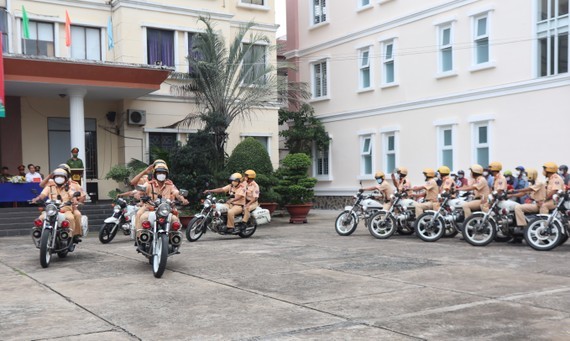 The campaign will be implemented in advance, during and after the 77th anniversary of the August Revolution (August 19, 1945-2022) and National Day (September 2).
At the ceremony, Chairman of the Thu Duc City People’s Committee Hoang Tung required authorities and agencies to direct and closely collaborate with police forces to strengthen the propaganda, widely popularize to people to raise their awareness of caution and prevention, and actively participate in denouncing crimes.

Especially, the police forces are assigned to closely collaborate with relevant functional forces to strictly handle crime of all kinds, society’s vices along with strengthening the patrol and control to prevent and the crimes. 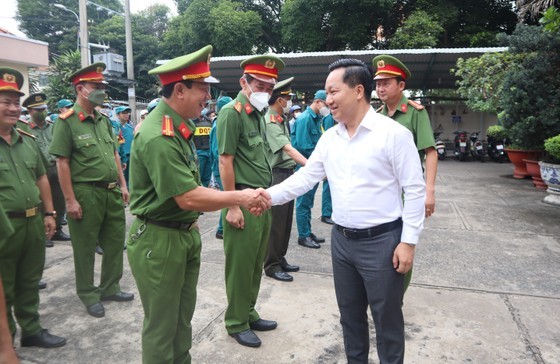 Chairman of the Thu Duc City People’s Committee Hoang Tung at the ceremony.

Colonel Nguyen Hoang Thang, Head of the Thu Duc City Police required the police forces of the city to strengthen the patrol, check to well manage the locality and collaborate with neighboring localities.
Besides, it is important to strengthen the check at business operations in bars and beer clubs and strictly handle the cases of using stimulants; strengthen the propaganda and encourage people to hand over weapons and explosive materials.

After the send-off ceremony, the Thu Duc City Police assigned tasks for the patrol and traffic order check teams in the locality.